Since I travel constantly for work, swapping my bulky MacBook Pro for a half-the-weight MacBook Air changed my life. Ultra-thin... 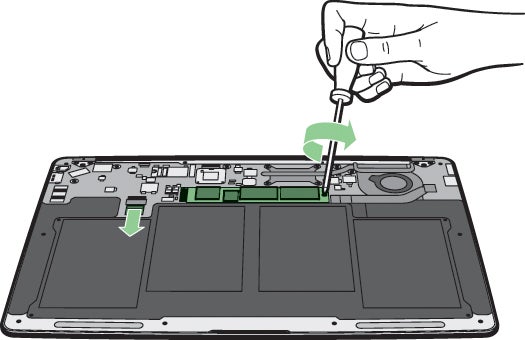 Since I travel constantly for work, swapping my bulky MacBook Pro for a half-the-weight MacBook Air changed my life. Ultra-thin laptops like the Air—not to mention phones, tablets and iPods—come equipped with solid-state, or flash, memory, which writes data on tiny transistors rather than bulky spinning disks like conventional hard drives.

Flash-drive speed varies widely, and the Air’s stock drive, though zippier than a regular hard drive, isn’t the quickest, so it’s not optimal for jobs such as pro-level video or photo editing. When I learned that memory manufacturer Other World Computing had begun selling gum-stick-size flash drives, I decided (against Apple’s wishes) to replace my stock drive and conduct some performance tests. It turns out that the company’s drives are, as promised, very fast. I found that its 240-gigabyte 6G model runs about 35 percent faster than the Air’s stock drive [see findings at bottom of post]. There’s also a 3G, which is nearly as fast as the 6G and is available in a 480-gigabyte version that dwarfs the Air’s 256-gigabyte capacity, allowing me to store my entire music collection.

Changing the drive is easy. It requires little more work than unscrewing the laptop’s back panel. But it isn’t cheap—right now the 480-gigabyte drive costs about as much as a new Air. That’s a level of storage available only with a much heavier (and more expensive) MacBook Pro, though, and the prices should quickly drop. OWC also sells an enclosure ($70; MacSales) that lets users repurpose the original drive as an external storage device.

ADD A NEW DRIVE TO THE MACBOOK AIR

Step 1: Clone the stock drive onto the OWC drive with a tool such as SuperDuper, available for free.

Step 2: Turn off the Air. Remove the 10 screws holding the back panel on using the supplied screwdrivers.

Step 3: Lift the battery connector to detach it. Remove the single screw holding the drive in place.

Step 4: Pull the drive out of its slot and insert a new one. Reassemble.

Step 5: Turn on the laptop to confirm that the new drive is functioning properly.