Ask a Geek: What Features Will the Next Generation of Smartphones Have?

One of the most significant changes might be in speed, says Avi Greengart, the research director for consumer devices at... 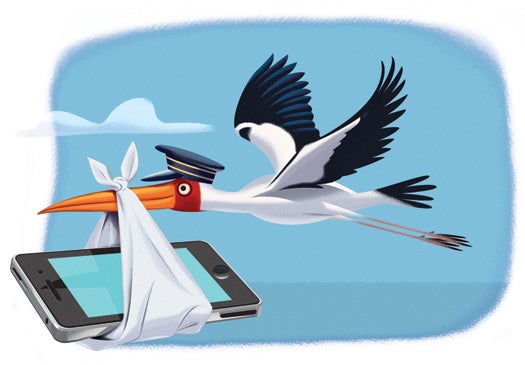 One of the most significant changes might be in speed, says Avi Greengart, the research director for consumer devices at market-intelligence firm Current Analysis. Carriers are rolling out faster 4G LTE (Long-Term-Evolution) networks, and hardware manufacturers will soon produce smartphones with powerful multicore processors.

Changes in the way phones charge are coming as well. Apple is expected to adapt its MagSafe system, the magnetic power adapter currently found on MacBooks, for use with iPhones. Other manufacturers may leapfrog Apple and go straight to induction charging, which just requires laying the phone on a special surface to charge it. The Palm Pre featured induction charging in the past and it has already reappeared in some Droid phones. Smartphone cameras, too, will improve—not only in resolution but in lens quality, focus control and flash power.

Another development you can expect to see is near field communication, or NFC, a protocol that enables short-range communication between the phone and another device to share files and transfer data. Among other uses, NFC-enabled phones will store credit-card information (securely and with password protection, or so we’re told) and beam it to a nearby reader. Thus, with a wave of the phone, users could buy coffee or pay for a cab ride. Google has already partnered with Citi and MasterCard to launch its NFC-powered Google Wallet system for Android smartphones.