Radio How You Want It

A wireless, Internet-connected tuner that streams only music you’re sure to like 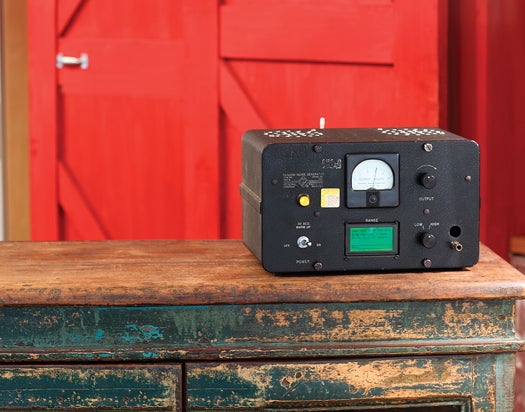 The options for streaming music over the Internet have increased so dramatically lately that I’ve found my FM radio has become totally irrelevant. Still, I like to be able to listen to a lot of different types of music throughout the day, and I love radios too much to give up on them completely. Now that several music services, such as Last.fm, have released their programming interfaces to the public, I decided to build a custom Wi-Fi radio that can stream my favorite stations and ensure that I’ll always hear music I like.

I based my design on a radio made by Jeff Keyzer, who runs the DIY website mightyohm.com, in 2008. The core components remain almost the same: a Wi-Fi router that has USB ports and runs the free OpenWRT operating system for embedded devices makes the perfect small, low-power brain for the radio. I opted to use an arduino microcontroller in my version as the interface between the router and the front-panel display and controls, which will make it easier for you to customize. I set my version up to play regular Internet radio stations, music from the library on a connected USB drive, and Last.fm stations and recommendations. A Web interface I programmed for the radio makes configuring all of your channels a breeze. The ability to add all those extra functions and choose whatever look you want (I built mine into a ’50s-era enclosure from a surplus store)sets the radio apart from any off-the-shelf model you’ll find.