If you’re looking to gin up a project that can interface with the world–say, a device that tells the weather... 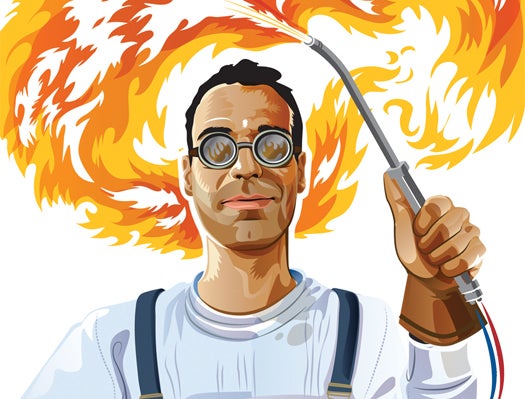 If you’re looking to gin up a project that can interface with the world–say, a device that tells the weather using sensors–you’re probably going to need a microcontroller, a simple computer system on a circuit board that consists of a processor, memory and an input/output system. They are the centerpiece of many of my past PopSci projects, such as a desk clock that keeps superaccurate time by pulling in a signal broadcast from an atomic clock.

For a few years now, the Arduino, an easy-to-use microcontroller, has dominated the DIY world. You can pick one up for about $30 at sites such as Sparkfun. Download the software from Arduino, and check out the book The C Programming Language and the Arduino libraries for a programming tutorial. 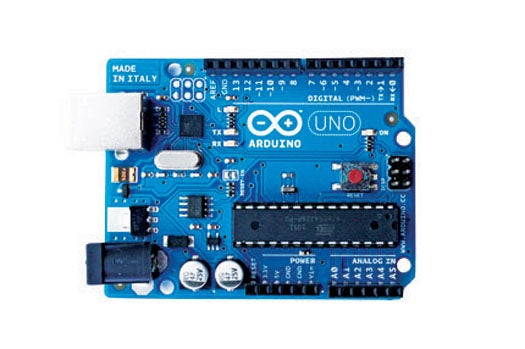 Based on the Atmel AVR chip, the Arduino microcontroller lets even people new to programming create amazing projects.

It may take some time to develop your chops, but don’t be daunted. One of the great things about Arduinos is that you can draw from the wealth of advice, project examples and other resources published by users worldwide. Once you’ve honed your skills, you may find yourself running out of system memory when doing Arduino projects. If so, consider using an “mbed” microcontroller, which offers more features and a bit more horsepower.

If that’s still not enough, look at a fanless single-board computer such as the Beagle Board or a mini ITX chassis computer. With more power and memory, the range of applications–such as real-time encoding and more-autonomous machine control, to name two–expands greatly. Then you’ll be able to put together a really advanced weather project in no time.