Android phones have surpassed iPhones as the market’s fastest-growing handheld devices. Users have found that phones and tablets with google’s... 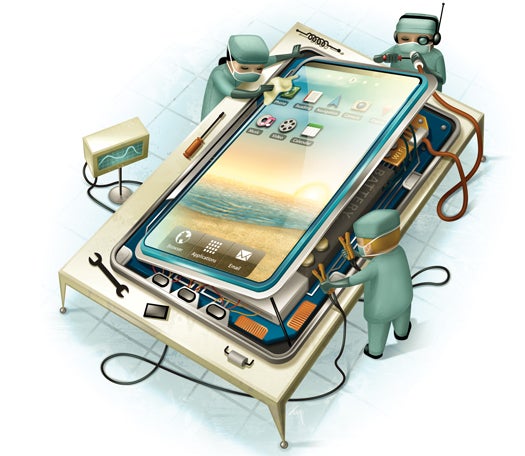 Android phones have surpassed iPhones as the market’s fastest-growing handheld devices. Users have found that phones and tablets with google’s software are powerful, easy to operate and to a far greater degree than other mobile platforms—highly customizable. Here are a few tricks and hacks to make your Android phone or tablet look, act, and perform exactly the way you want it to.

Head to the Android Market and install SlideScreen (free to try; $7 for the Pro version), which arranges the features on your phone or tablet’s home screen into beautifully color-coded, expandable rows rather than Android’s typical grid of static icons and mismatched widgets. For a more traditional but still customizable home-screen alternative, try LauncherPro (free for Basic; $3 for Plus).

On smaller tablet and phone screens, advertisements in websites or apps can dominate your view, slow everything down, and generally worsen the user experience. With an app called AdFree (rooting required), you can stop them before they even load.

Android devices are great at playing music and videos, but they fall short when it comes to sharing files. With the free Twonky app, you can stream videos, photos or music stored on your Android tablet or phone over Wi-Fi to any device (such as an Xbox) that’s compatible with DLNA streaming, the most common standard for sharing media between home electronic devices.

With their processors, cellular radios and Wi-Fi connections, Android devices can be major battery-killers. With the free JuiceDefender and its $5 add-on, UltimateJuice, you can take control of all those power-hogging parts of your phone or tablet, adding hours to its battery life by setting schedules for such functions as data syncing and screen brightness.

Increasingly complex apps, 3-D games and multitasking can be a strain on even the newest processors. SetCPU ($2; rooting required) can ramp up your device’s processor speed when needed, giving it a boost to avoid choppiness and slowdown. Alternately, it can slow processor speed down to preserve your battery.