Video: Princess the Hamster Gets an Armored Mech-Suit

The first-ever winner of PopSci's Hamster of the Week award 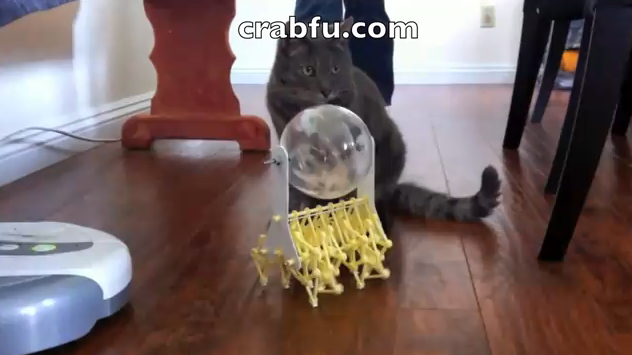 The Gakken miniature Strandbeest kit is a tiny upright walker bot that can be powered by a host of different sources: wind, solar, rubber bands, and more. Over at Crabfu, I-Wei Huang took it upon himself to try the next logical source of energy: a small hamster named Princess.

The construction seems pretty simple (at least, simpler than the kid-sized exoskeleton): Take a wind-powered Strandbeest kit and remove the blade, replacing it with a hamster ball and a support for said hamster ball. After locating a friend with a hamster, the new Mecha-Princess was able to move about with a much more dignified and authoritative air than the frantic rolling of a plastic ball normally allows. The best part? When Mecha-Princess frantically cranks up her speed, attempting to sprint past a decidedly unimpressed cat.

For more blending of adorable animals and science, check out our Animal Modifications gallery.