It’s time to stop thinking of TVs and computers as separate entities. Practically anything you want to watch, listen to,... 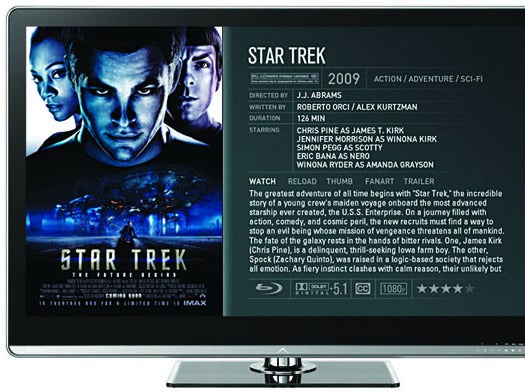 It’s time to stop thinking of TVs and computers as separate entities. Practically anything you want to watch, listen to, or play on your TV set can be found in a digital format, and the most convenient place to store it is all together on one hard drive. But whether you’re ripping CDs and DVDs to your drive or downloading media files, there still aren’t a lot of tools that let you manage everything by just pointing your remote at your TV.

That’s where XBMC (xbmc.org) comes in. Originally developed to run on the first Xbox (“XBMC” once stood for Xbox Media Center), it is an open-source application that organizes and plays back digital media files in an attractive, customizable and easy-to-use interface. Unlike most other apps, such as Windows Media Center and FrontRow, XBMC can organize your media files with artwork, and it plays back nearly any file type you throw at it. Plus, now you can run it on pretty much any platform you want—Windows, Mac, Linux or Apple TV.

All you have to do to get started is download XBMC for your system of choice and point it to the folders where you keep your media files. Once you get the software running and connect your system to your TV, there are lots of ways to take advantage of its functionality.

Three Things You Can Do With XBMC:

Customize The Look
XBMC’s default interface looks great, but since the XBMC user community is extremely active, there’s no shortage of cool skins to choose from – including the popular Aeon skin pictured up top – depending on your taste. You can download your favorite at the official XBMC skins page. For details on how to install a skin you’ve downloaded, head to the XBMC wiki.

Play Games
After you’ve set up XBMC with the latest version of the videogame-launcher plug-in, you can run PC games or emulate classic console games inside XBMC’s interface. Configure a game controller, and you’ve got a brand-new virtual game console on your hands. Search for “XBMC console” at Lifehacker for help setting it up. 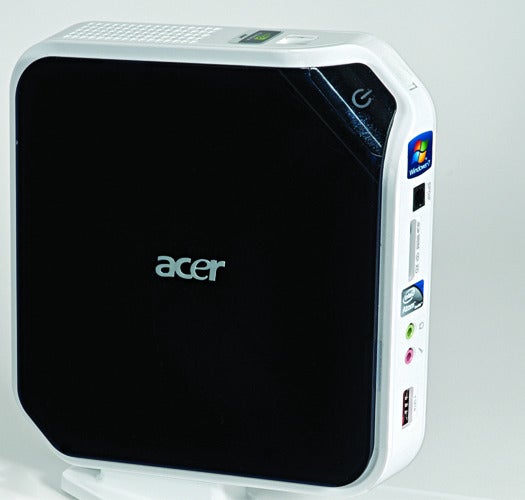 Set Up A Dedicated Front-End System
XBMC runs well on any decent computer, but most of us don’t want to plant a large tower next to our home theaters. Consider instead setting up a silent, dedicated XBMC system using a diminutive net-top, like the Acer Aspire Revo. After an hour or so of setup – during which you’ll download and install an operating system that automatically launches and runs XBMC on start-up, add your media sources, and set up a remote control – you’ll have a compact and powerful high-def media center sitting under your TV that you can use with most universal remotes. Check out these archives or search for “XBMC set-top” at Lifehacker for help.