Remember the Minty Boost, the DIY battery-powered USB charger for your portable devices that fit neatly in an Altoids tin?... 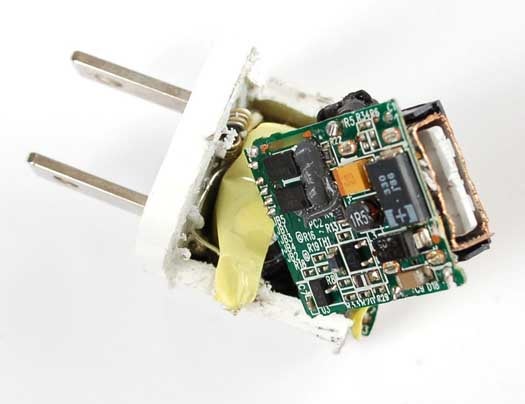 Remember the Minty Boost, the DIY battery-powered USB charger for your portable devices that fit neatly in an Altoids tin? It was a decent fix for those constantly failing early iPod batteries, but that 2006 incarnation has had to be updated several times to keep up with the changing architectures of a certain very closed-sourced company’s products. Minty Boost recently received yet another DIY update to make it functional with iPhone 3GS. Even better, that update comes with a video showing exactly how to reverse engineer an iPhone charger and create your own backup battery pack.

Essentially, Minty Boost was able to provide the 500 milliamps that older versions of the iPhone required to charge, but the 3GS seemed to want more: a full amp of juice, more than two AA batteries could provide. But then the Minty Boost folks discovered a commercial third-party charger that evidently had found the key to that problem.

So, as you’ll see in the video below, they busted one open and put the tools to it. As it turns out, there is a way to tweak the voltage/resistance values to make the 3GS only pull 500 milliamps from the charger pack, which is just the way Minty Boost likes it. Check the video below, or for more info/instructions go straight to the source.