Ask A Geek: Should I re-buy classic movies when they come out on Blu-ray?

Yes, assuming you own a high-def TV. Even the older 35-millimeter film used to shoot classics like Spartacus can deliver... 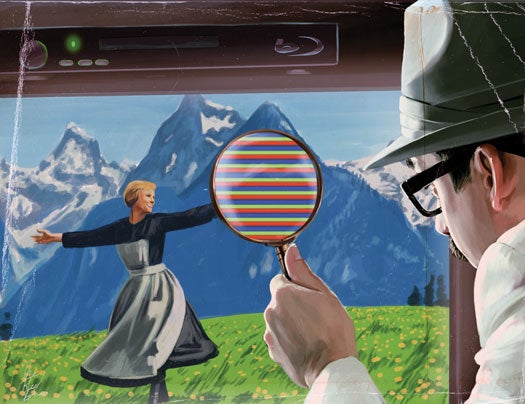 Yes, assuming you own a high-def TV. Even the older 35-millimeter film used to shoot classics like Spartacus can deliver upward of 6,000 lines of resolution—far more than DVD’s 480 or Blu-ray’s (and your HDTV’s) 1,080. When movie studios create their Blu-ray versions, they digitize directly from the original film print, so a remastered Blu-ray will get you much closer to the original quality than a DVD, and for the foreseeable future it will probably remain the maximum resolution widely available for home use.

Having spent years in the remastering trenches, though, I can give an even better reason to upgrade: The quality of the film scanners used to convert film to a digital format has improved dramatically in the past few years. That gives mastering artists more to work with when they apply tools to even out film grain and remove fading, film cuts and other damage that befalls elderly prints. As a result, you’ll see brighter, clearer colors, less variance in quality between scenes, and a sharper image. Of course, sometimes the mastering is so good that it exposes flaws in the original film. For example, did you know that they painted the grass green in the opening segment of The Sound of Music? Old VHS copies looked fine, but when we transferred it from the original 65-millimeter film, you could tell. – as told to Chuck Cage

Got a question? Send it to us at h20@bonniercorp.com