Archive Pull of the Week: A DIY Gazebo Close To One Reader’s Heart

Since we launched our archive viewer last week, it’s been a thrill to read emails with everyone’s kind words and... 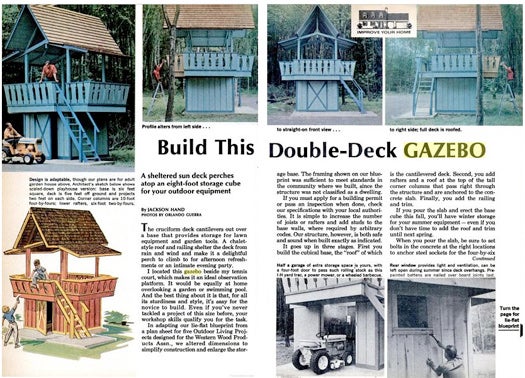 Since we launched our archive viewer last week, it’s been a thrill to read emails with everyone’s kind words and impressions. Particularly great was reader Michael Dixon’s story involving salvaged scrap wood from ships arriving at the Port of Houston, a suburban backyard and the October 1969 issue of Popular Science.

While our DIY articles tend to hew closer to electronics today, PopSci has a long history of featuring more lumber-and-nails type projects throughout the decades. This gazebo project comes from a packaged entitled “Improve Your Home & Yard” that also features pieces on “Best Buys in Plywood” and “The Newest Caulks.” Fascinating!

Michael’s story, however, proves that such practical info certainly had a dedicated following. He writes:

My dad built the entire gazebo from leftover dunnage. It was fantastic, especially to an 11 year old boy like myself. I can remember the fun that my brother and I had climbing up and down on that gazebo. Seeing your archives really brought back memories and I want to thank you for that. Isn’t technology wonderful!

Here’s Michael with his brother, sister and father on the gazebo he built. As you can see, masterful work! 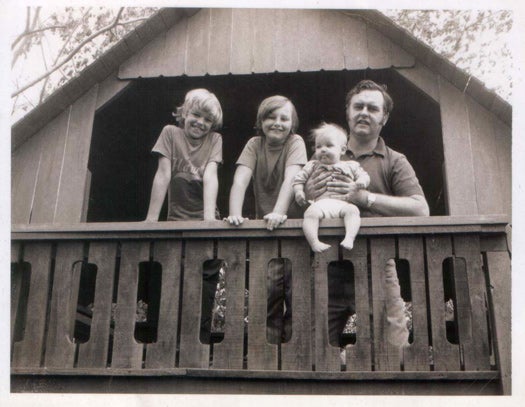 I love reading stories like this, so if you’ve found something special in the archives, please share it with us!. We’re going to be featuring some gems from the archives each week.

And for everyone who’s written with constructive ideas on how to improve the archives, thank you. We have lots of improvements in mind, first and foremost an easier way to browse by issues and better sort search results. So stay tuned, and for now, I hope everyone’s having fun digging through over a century of PopSci.

archives
DIY
future then
The Future Then