Why A Volkswagen Bug’s Domed Roof is Hard to Crush 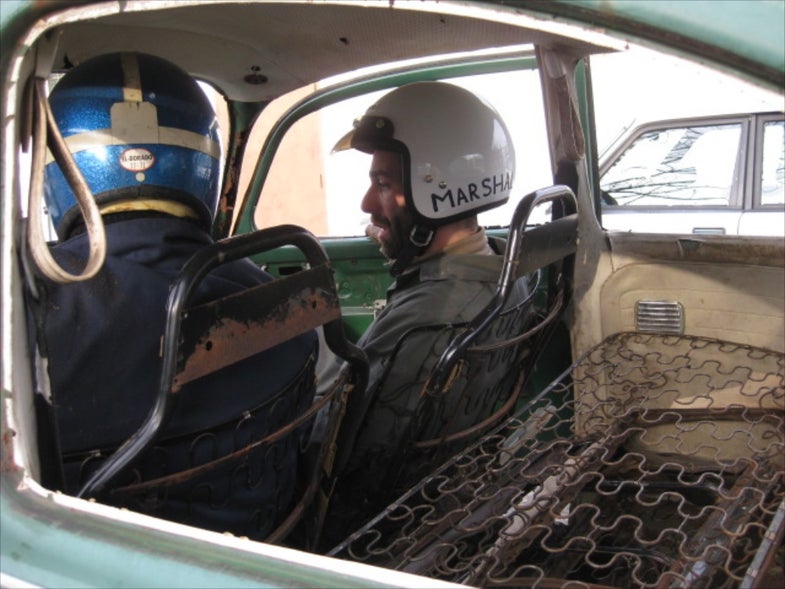 I had a 1970 VW Super Beetle that had outlived its usefulness. I had a stop watch and some tools of destruction. I had a friend with the same name as mine. In this TE Labs video, we find out that the shape and structure of the Beetle’s domed roof is a pretty amazing piece of engineering.

It’s no revelation that domes are an inherently strong shape—at the peak there is support from all of the surrounding material. Still, we were surprised at how strong the roof of the Beetle was, given that it is made of thin sheet metal. In each of the six pillars supporting the roof (on either side of the windsheild and rear window and behind the front windows, known as the A, B, and C pillars), the engineered shape adds significant strength. The outside of each pillar is the skin of the car, but welded underneath that sheet metal is another piece of steel shaped roughly like a U. This makes each pillar into something of a tube shape, which has a relatively good ability to resist torsion and bending. In addition, a load directly on the roof (ie, Vinny in this video) puts force in line with the pillars—which they are best suited to support—not across them, which is how we ultimately have to apply the pressure to fold these pillars. Only then does the roof really start to collapse.

For the curious, the Beetle weighed right around 1,000 pounds without the engine, transaxle and wheels. In today’s scrap market, that was good for $92, which, fortunately, was about $92 more than we’d paid for the car.