This is a sponsored post from our advertisers. Chances are, if you’re an around-the-house DIYer, you also know a thing... 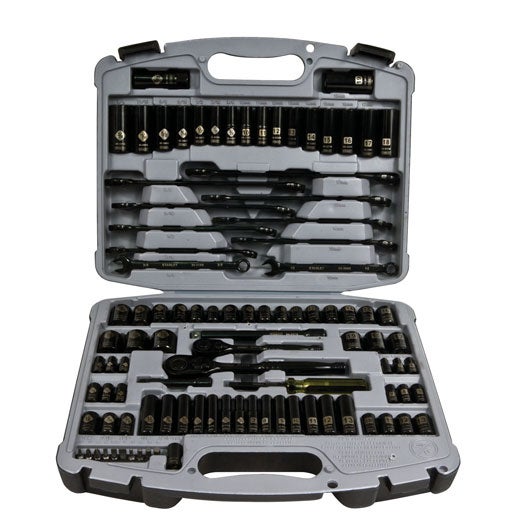 Chances are, if you’re an around-the-house DIYer, you also know a thing or two about maintaining your car. Lately, more and more people are changing their car’s oil, swapping out plugs, topping off fluids, and saving a few bucks by washing their ride in the driveway. Stanley’s gear serves both masters: those who tackle projects around the house and those who tinker primarily in the garage.

So why can’t that gear be beautiful and durable? Enter the black chrome socket set, from 73 to 149 pieces, which is sheer glory for a tool enthusiast. Each socket’s size is laser etched on the side and easy to read against the black plating, which, while it looks great, also offers up to two times the corrosion resistance of traditionally plated sets. Since all the parts meet or exceed ANSI specs, you know it’s built tough: forged chrome vanadium (an alloy know for its performance in high-stress applications) and a socket design that fits tighter over the fasteners to deliver 15 percent greater torque than other tools. And don’t overlook the well-marked case, which makes it easier to find and replace the parts, so when you reach for a three-quarter-inch socket from beneath the car or while assembling a swing set, you’re not wasting time. 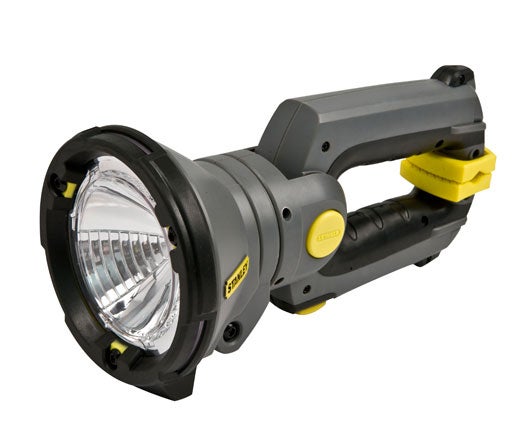 You can bet that when things break, there is never going to be enough light, or hands, available to fix it. Whether you’re hunched over your engine on the side of the road at night or in your attic checking out a leak, you’ll need adequate light and both of your hands to get the job done. Stanley’s clamping flashlight frees up your hands with a spring-loaded mechanism that grips joists, wall studs, pipes and just about anything else up to four inches thick—and the non-marring rubber feet won’t damage the metallic paint job when it hangs from your fender. Each arm accommodates two C batteries. Fill them both for up to 30 hours of run time, or use just two batteries and still get the full 80 lumens. Once clamped, point the light where you need it—it rotates 180 degrees and tilts up to 120 degrees. 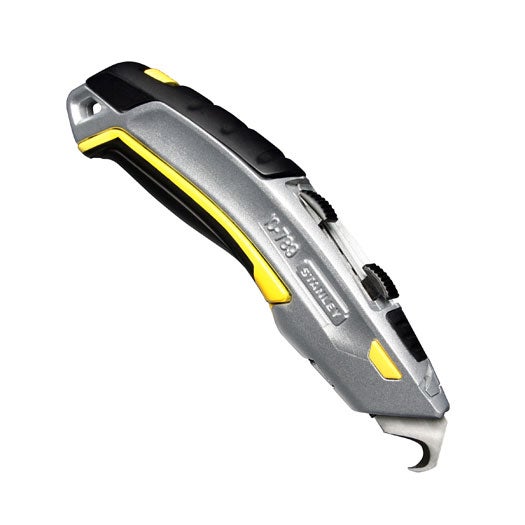 Everyone needs a good utility knife to stash in the tool or glove box. Along with an easy-to-load cartridge, Stanley combines two blades in one weighty, sturdy knife that you’re sure to try your best not to misplace. Load the knife with two different types of blades, like, say, a common utility blade and a hooked roofing blade—great for opening plastic packaging—or load it with two identical utility blades for longer run time between changes. The blades glide in and out smoothly and give a solid clicking feel as you lock them into place. The rubberized handle swings out to conceal replacement blades, so changing them is a snap.

You’d expect that successfully rethinking tools for the home and car would provide innovative improvements to productivity (such as allowing longer run times between blade changes) and greater usability (like being able to hang a flashlight off of a ceiling joist). And then again, sometimes it’s enough to just have a great looking black chrome socket set to one-up the neighbors when you’re on the front lawn, proudly wrenching off your oil pan’s drain plug.