Great Gifts For Electronics Geeks For Less Than $20 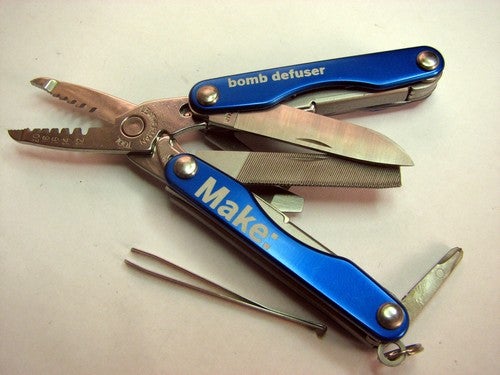 Make magazine has just put up its $20 and under holiday gift guide, chock full of starter electronics kits like a barebones Arduino and tools for your favorite tinkerer. Or if you’re the only one who solders in your circle, pick up a few kits now and give away the finished product.

I’ve built a number of kits from Make and they’re a great way to learn and hone your DIY electronics skills, with super-clear instructions. After the jump, I add my five additions to their list, with an eye toward encouraging the young hijinks-prone Makers-in-training on your list.

2. Fire Piston kit
$20
I was just talking with our resident mad scientist Theo Gray about doing a column on fire pistons, a very cool way to start a fire with basically nothing but pressure.