Inspired by the season, a grill built from a V8 engine, a lawnmower powered by the sun, and setting off fireworks remotely 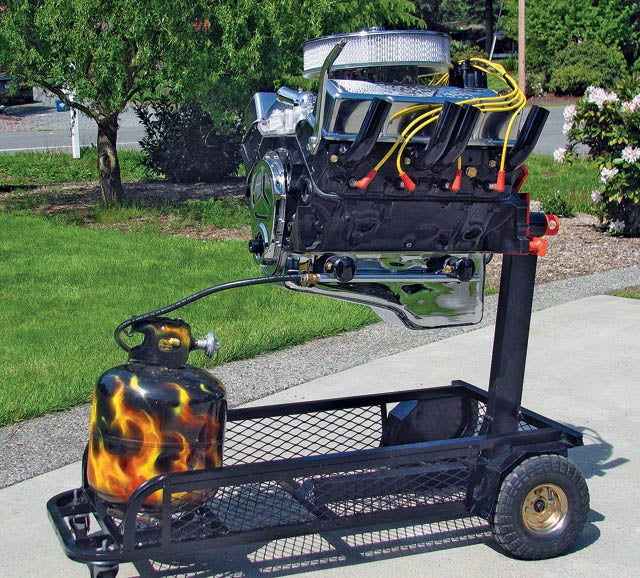 Self-described “Mr. Fix-It” Trent Whatley was tired of having to replace parts of his gas grill every year, so he decided to build a brand-new one out of a V8 engine from an old Chevy. First he spent about 15 hours painstakingly removing the guts from the engine with a plasma cutter and smoothing all the jagged edges. Then he sand-blasted it to remove rust and had it cleaned professionally at a machine shop. 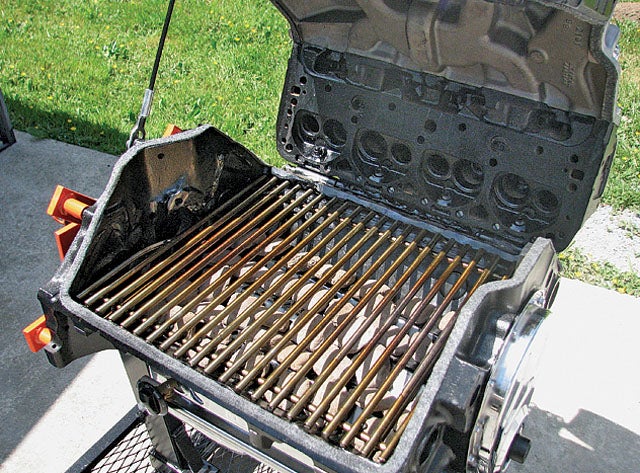 For the cooking surface, he fashioned a grate from stainless steel and welded an assembly to hold the barbecue’s cast-iron gas cooking burners. The final steps were welding on a hinge to open the top of the engine, replacing the rubber gaskets, O-rings and seals with high-heat-resistant silicone, and mounting the igniters and a stand.

And because he used scrap parts and already had most of the tools, he was able to build the entire 200-pound grill for less than the cost of many new ones. Whatley has since made a few more of them for other people, and he sells both complete and ready-to-assemble versions on his Web site, www.v8-grill.com. 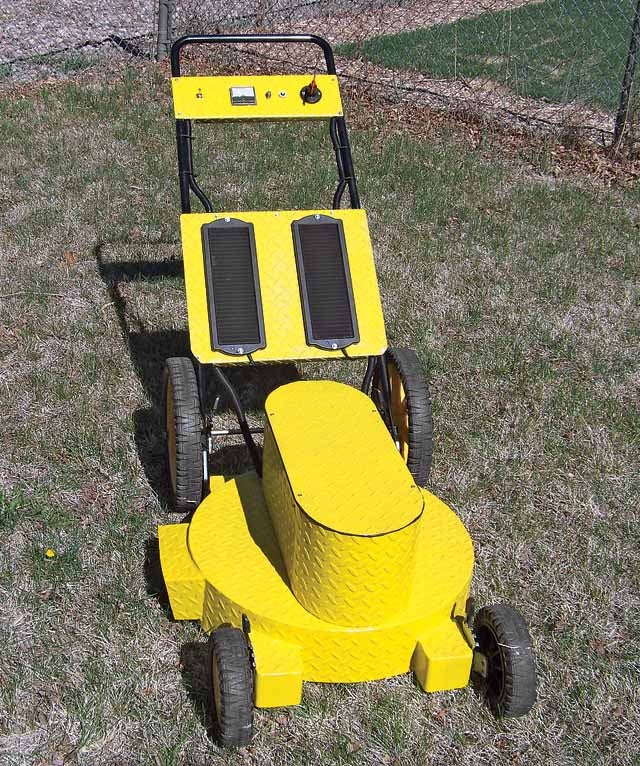 Something New Under the Sun

After enough hours baking outside while mowing his lawn, Gordon Russell had an idea: build a new mower powered by the sun. He and a friend welded a base from diamond plate steel and did most of the rest of the fabrication work themselves. Other parts he took from an old gas mower, and he installed an electric motor, two 12-volt batteries, and two solar panels. The mower can fully charge in about three hours of sun, and it can run for an hour on the two amps the panels provide—just enough time to cover Russell’s yard. 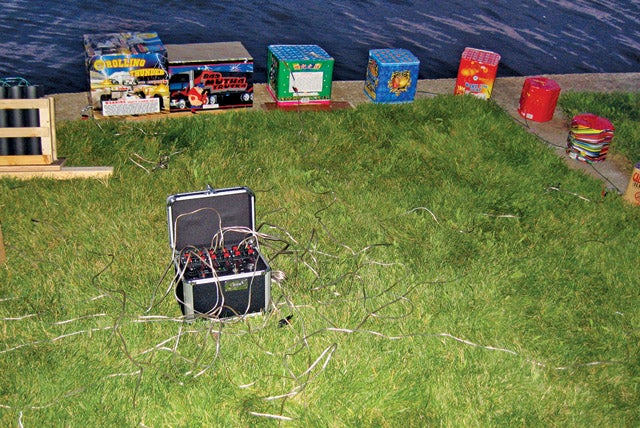 Looking for a way to light fireworks from a safe distance, Jonathan Witucki built a controller he could operate with a modified remote. He created a setup consisting of a 12-volt sealed lead-acid battery with a charging circuit from a car jump-starter and a bank of remote-control switches. Pressing buttons on the remote sends an electrical current through speaker wires, heating up his homemade igniters and setting off the fireworks. After a few setbacks, he was able to complete the project and create a huge Fourth of July display for friends and family.