Resistance is NOT Futile

Make your own resistors with paper and pencil 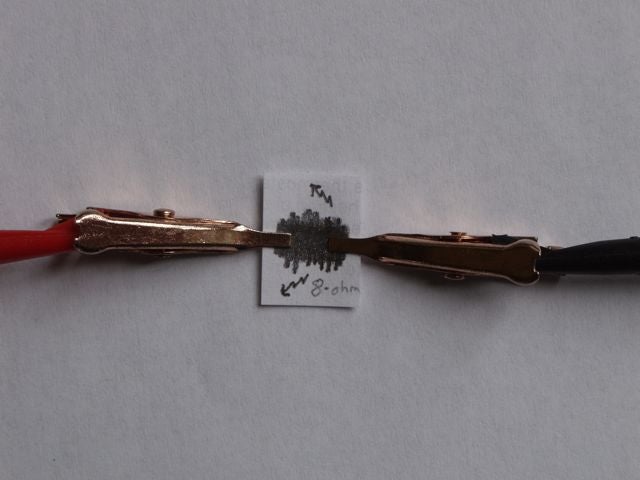 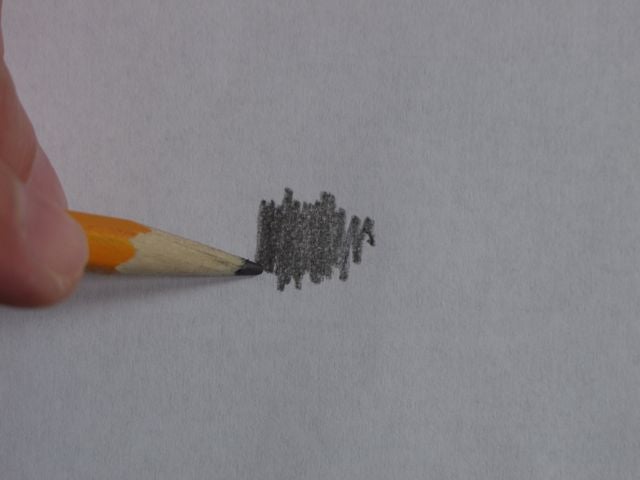 Paper Resistor Being Made

Have you ever needed a low-value resistor for a low-voltage battery-powered circuit? Say, something in the range of 10-100 ohms? Finding this value of resistor can be difficult, if not impossible. In cases like this, you might be better off making your own resistor.

The tools of the trade for building your own resistor are: paper and pencil. Preferably, a dark 2B pencil and a stiff piece of Bristol Board card stock paper. Oh, and you’ll also need an accurate multimeter that is capable of measuring low ohm resistance values.

The technique discussed in this project is based on a simple experiment first demonstrated by the legendary Forrest M. Mims, III. In the early 1990s, Forrest wrote a series of engineer’s “mini” notebooks for RadioShack. One of these notebooks, titled Science Projects, contained a tantalizing, short description about making a “graphite resistor.” This project is based on his original description.

Making a resistor requires nothing more elaborate than a couple of nice thick heavy strokes with your 2B pencil on a sheet of clean paper. Creativity in your strokes could earn you some design points, however. Once you’ve made your carbon mark on the paper, cut your homemade resistor to size, and attach a couple of micro-clips to each end of it. Run a pair of wire leads from each clip to the two measuring probes of your multimeter. Set the meter to its lowest resistance setting and record the ohm value of your DIY resistor.

Unlike conventional resistors, your scribbled resistor has the dual capability of acting like a variable resistor. In other words, by moving your micro-clips closer to or further away from each other, you can change the resistance. This capability is great when you are trying to fine-tune or tweak the performance of a low-voltage circuit. 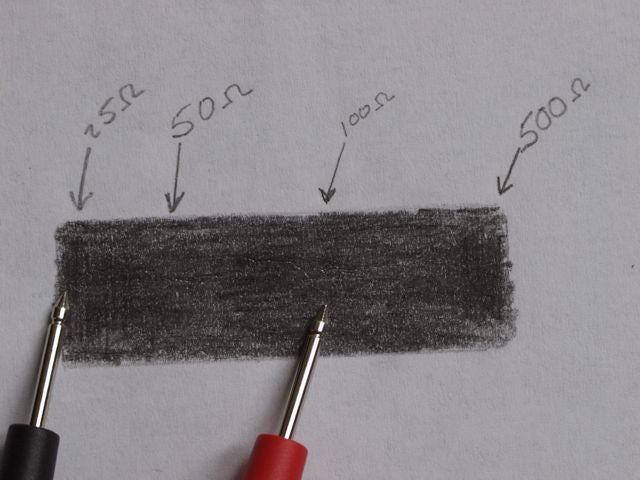 Just remember to avoid placing the two clips too closely together. Even with low-voltage circuits, close proximity could result in a spark that might ignite the paper. On the other hand, both the simplicity and low cost of this technique can make the assimilation of homemade resistors into low-voltage circuits a fruitful venture.