Or, better living through motorcycle maintenance 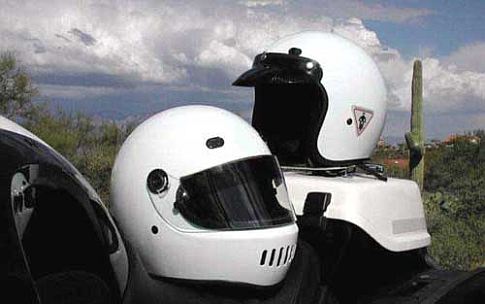 To all the parents and potential doctoral students who worry a Ph.D in political philosophy will lead to a lifetime of waiting tables, here’s a counter-argument: it could lead to jobs running your own motorcycle shop and writing about how the trades — good old-fashioned working with your hands — are slipping away from us.

In an essay in the New York Times adapted from his new book Shop Class as Soulcraft: An Inquiry Into the Value of Work, Matthew B. Crawford makes a case for posting “Think Safety!” signs on the cubicle walls of corporate America to remind people to think through their actions there as much as they would in a factory. Yes, he throws around words like “metacognition,” but applies them to engine diagnostics instead of think tank papers. And, no less for a mechanic, this process of recognizing how one thinks “is a virtue that is at once cognitive and moral.”

Far from being the refuge of poorly educated grease monkeys, such hands-on work requires not just technical skill, but knowledge of a huge body of data and facility for complex thinking, Crawford explains. Maybe we don’t need to groom a generation of future deskbound “knowledge workers” — and send every one of them to college — but instead we need more shop classes.

[Via the New York Times]