Build your own bot kit powered by Arduino 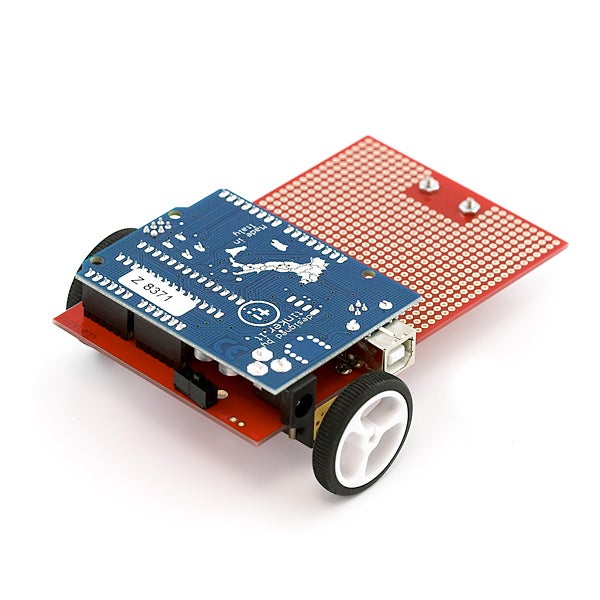 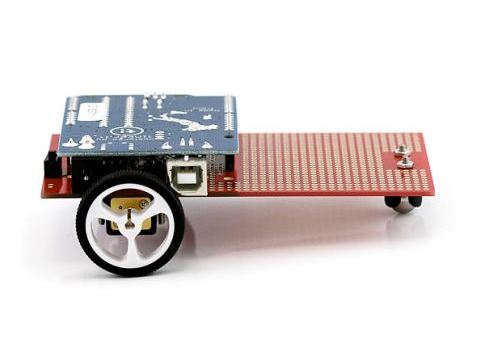 Flushed from the success of their first autonomous vehicle competition, SparkFun Electronics (SFE) is now reaching out to wannabe bot builders. Whether you couldn’t travel to Colorado and participate in the big event, or you’ve just always wanted to build your own robot, this bot building tutorial will fill the bill.

Unlike other robot kits, however, this particular model isn’t really a kit at all. Rather, it is constructed solely from stock off-the-shelf SFE components. Therefore, you can assemble your components as needed, as well as freely substitute your own pieces, parts, and spare electronics. This DIY concept enables you to more fully control the final kit cost and the final kit’s construction. As in many DIY projects, “feature creep” can kill the whole concept. So both KISS (keep it simple, stupid) and KICS (keep it cheap, stupid) principles should be applied here. In fact, these basic DIY tenets are violated at the end of the SFE tutorial, when a Frankenbot titled the Annoyatron emerges from the primordial solder plumes.

By far the most exciting aspect of the SFE bot building tutorial, however, is the use of an Arduino as the robot’s brain. As we have shown in many of our past projects, the Arduino is a simple, yet powerful, microcontroller that is as equally adept at blinking LEDs as it is at controlling a robot. Plus it uses a free integrated development environment and C++-like programming language that is easy to learn and robust enough to drive any size of project.

There are a couple of nits that plague this kit. First off, this robot kit goes together very efficiently. Oh, except for one of the wheels rubbing against the Arudino board’s USB connector. The suggested solution is to loosen the wheel from its axle. Yikes! Tracking performance will likely be degraded with this cavalier suggestion. Maybe you can unearth a better solution. If so, please annotate your alternative action in our comments section. 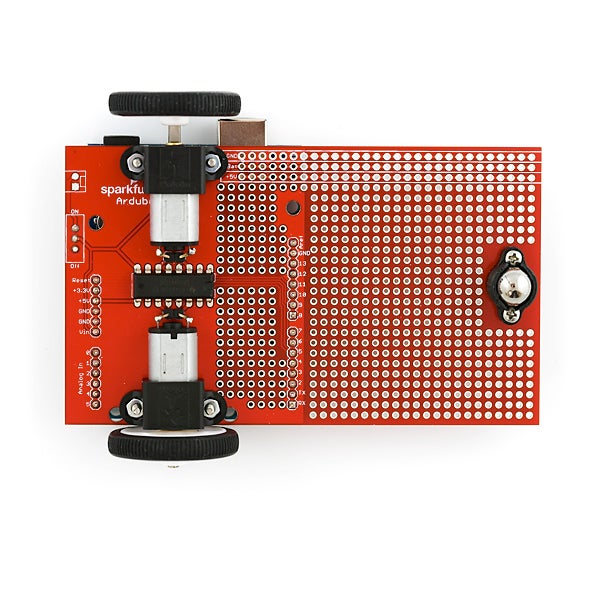 The second annoyance with this kit is its price. Oh, sure, using all stock SFE components is a smart way of making the kit accessible to everyone, but at what cost? Well, over $100, it turns out (including batteries, connectors, and postage). That’s a pretty steep price for a robot that probably won’t track straight!

In my opinion, though, the clever use of the Arduino microcontroller as the brain for this bot by far outweighs both of these negative criticisms. Likewise, by building upon the general concepts espoused in this SFE tutorial, you can easily expand the scope of your own robot project without suffering the basic chassis headaches that can stem from a brainless bot.