Add your own voice to your next project 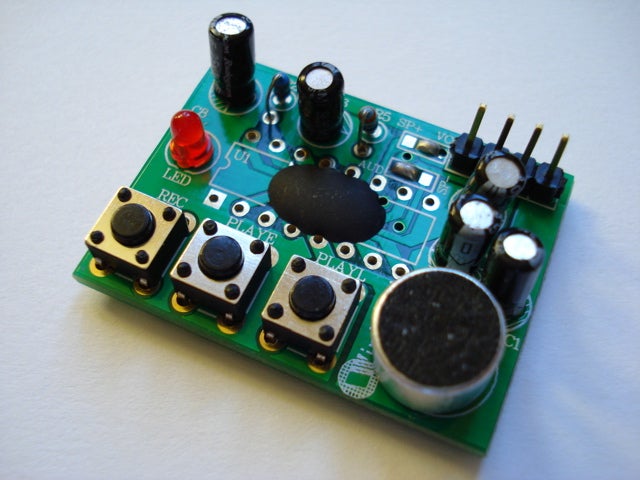 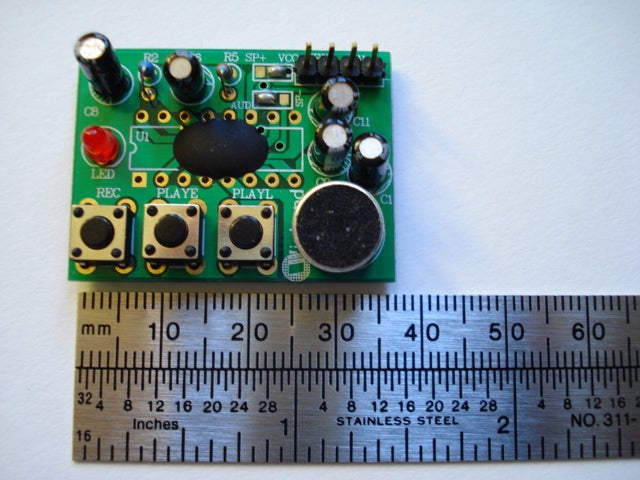 Making some noise, triggering a sound effect, or, even speaking a word or two inside a DIY project can be an arduous task of trial-and-error hexadecimal array programming. Sure there’s the digital alternative from Magnevation, SpeakJet, but you still have to tackle that programming chore for converting phonemes into words. Ideally, you should be able to speak a word, “ON,” and it’s in your project, ready for use.

Nuvoton Technology Corporation of America, formerly WinBond Electronics Corporation America, makes a series of digital, voice-quality ICs that function exactly like miniature tape recorders—except there’s no tape. Called ChipCorders, these are powerful ICs that can be easily integrated into a project and can hold from several seconds worth of digital voice/sound (e.g., ISD1600) up to a maximum of 16 minutes (e.g. ISD5216).

You aren’t limited to a continuous string of 16 minutes worth of speech, either. Recordings can be individually made and replayed via a message address table that is accessible through a microcontroller. That means you can create a voice quality sound library that is addressable, customizable, and programmable. Best part? The next sounds your project utters will be in your own voice.

If you have a hankering to add a couple of seconds of digital voice quality sound to your next project, there is a reasonably priced demo board featuring the ISD1600 ChipCorder for less than six bucks. This board is prebuilt with a microphone, a 7-40 second ChipCorder, an amplifier stage that can drive an 8-ohm speaker, record/playback buttons, and a status LED. You’ll only need a 3V power supply and an 8-ohm speaker to complete your digital voice quality recording demo system and have your next project give you a piece of your own mind.