Half Boat, Half Car, All Adventure 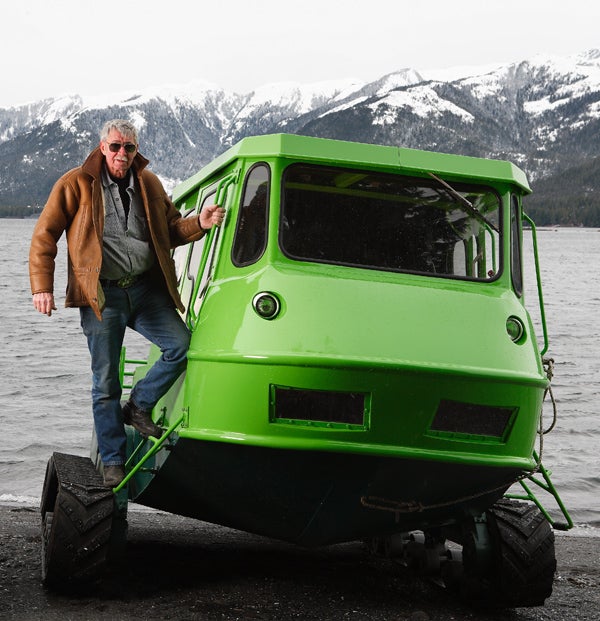 It takes just 18 seconds for the vehicle to reposition its rubber treads so that it can run on land. John B. Carnett
SHARE 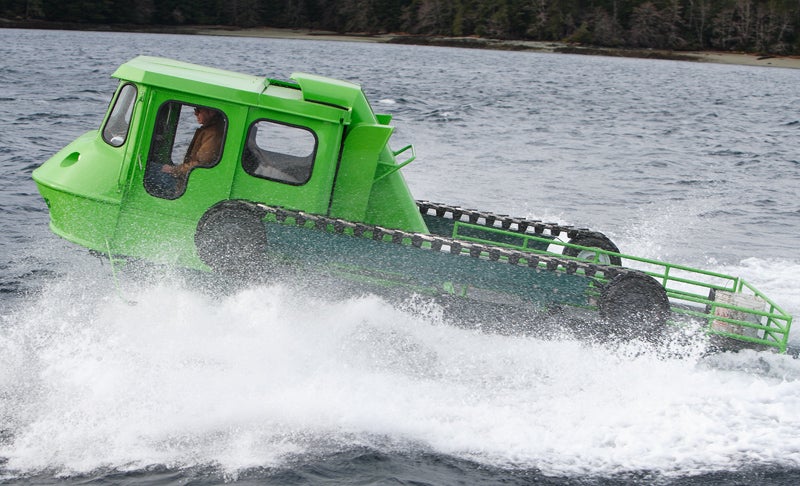 Twenty years ago, duck hunter Stan Hewitt built his first amphibious vehicle, a clunky 10-wheeled truck-boat hybrid that topped out at 10 mph on land and just 7 mph on water. Hewitt wanted to tackle the prime duck habitat of the Alaskan tundra, an area hard to access using regular vehicles, and needed to improve the craft’s speed and maneuverability to handle the currents there.

Hewitt knew he’d have to overcome a major obstacle: finding a way to keep the vehicle’s drag-inducing wheels out of the water. So when he finally had time to return to the project in 2004, he spent a year redesigning the 21-foot craft with tank-like rubber treads that could pivot 180 degrees when afloat. But its system of pumps and motors was prone to breakdown, so he was forced to start over. The next time, he used a simple hydraulic pump to vertically lift and lower the treads in and out of the water. When he finished, he had the first-ever amphibious vehicle with a fully retractable drive assembly.

Now the craft can reach speeds of up to 30 mph and effortlessly trek through mud flats, bogs, rivers, ice, snow and lakes—and do it with a 1,500-pound load. There’s room for a crew of five and all the gear they need for search and rescue, patrol, geological surveying or other fieldwork. Ironically though, Hewitt hasn’t gotten around to taking it duck hunting yet.

It takes just 18 seconds for the vehicle to reposition its rubber treads so that it can run on land.

Propulsion: In sea mode, the Chevy Trailblazer engine drives an outboard propeller. In land mode, the treads drop so the engine can muscle the craft up onto shore.

Learn more about it at amphib-alaska.com