Eee PC School: Add a Keyboard Backlight For Under $15 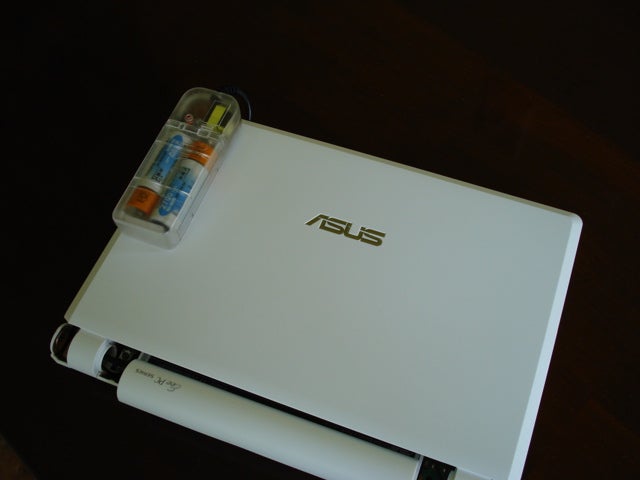 As we showed you in our May 2008 issue, Asus’s Eee PC has quickly become a favorite of hardware hackers around the web. Here, we offer the first installment of our _ Eee PC School series. Check back in the coming weeks for more tiny ultraportable tweaking.—Eds._

What good is that portable PC if you can’t type anywhere and anytime? With its ultra-compact keyboard, even touch typing pros will be hard-pressed to avoid frequent mistakes on when the lights go out. To say it’s a frustrating exercise in futility to locate the miniature F3 key in the dark is an understatement. Oops, you just lost WiFi contact by accidentally hitting F2.

Clearly, a keyboard backlight like those found in higher-end laptops is the answer to your nocturnal Eee PC typing woes. And for less than $15, such a backlight can be installed with minimal fuss.

If you need more visual guidance for opening the Eee PC, see this tutorial.

WARNING: While Asus has been somewhat non-committal on the warranty status of hacked Eee PCs, adding this keyboard backlight could very possibly void your warranty, so proceed at your own risk. 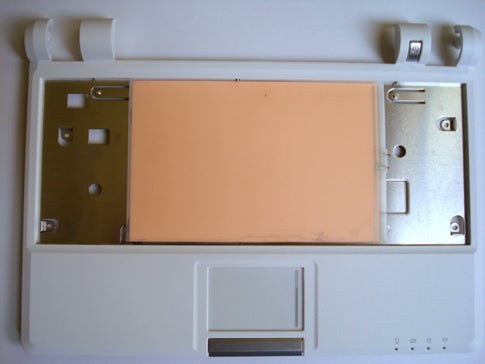 EL Wire, I Presume?
Snip off the EL wire from the Techno Flash. This will leave an approximately 18-inch length of black cable attached to the IM-4 EL inverter power source. Carefully remove one-half inch of the black cable and reveal a black and red wire. Strip and tin the ends of these two wires. 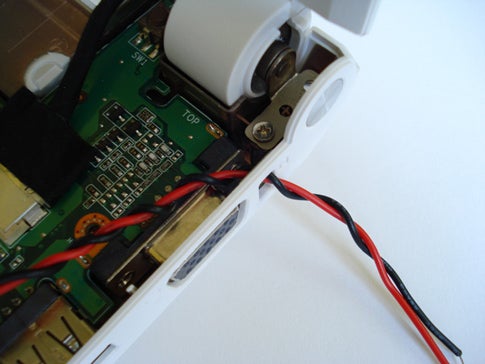 Take the Low Road.
Snake the red and black wires (along with the black cable) inside the Eee PC via the security lock slot in the right-hand side of the lower case. If the black cable is too large for safely slipping through this slot, carefully strip away more of its length without damaging the black and red wires that are encased inside the cable. Route the black and red wire ends through a small circular hole on the right side of the metal tray and solder the wires to the two EL Backlight solder tabs. Ideally, these two wires should not rest on top of the metal tray.

Polarity doesn’t seem to matter with these solder tabs. Therefore, solder the red wire to one tab and the black wire to another tab. Insulate all wires and solder tabs from any contact with the keyboard’s metal tray. Test your wiring. Add two batteries to the Techno Flash and turn on the inverter’s switch. The EL Backlight should glow a nice bright white/blue/green color. Remove the batteries and carefully close the Eee PC, fasten all screws, and connect and reseat the keyboard. Don’t force the keyboard back into place. Make sure that your wiring, solder tabs, and insulation aren’t interfering with the keyboard’s proper seating. 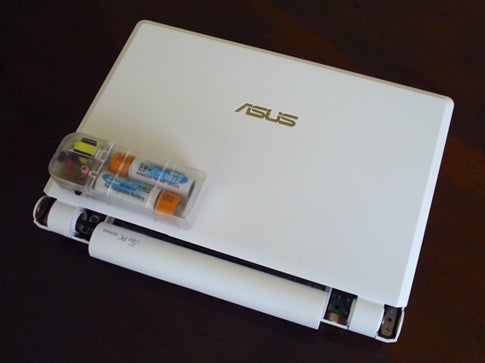 Use Velcro for attaching the Techno Flash to the outside of the Eee PC LCD cover.

Glow Little Glow Wire, Glimmer, Glimmer.
Install batteries in the Techno Flash, insert the Eee PC battery, turn on the PC, and turn out the lights. Ugh, can’t see a thing! Now flick the switch on the Techno Flash. Ahh, now you’re typing in the dark, and constant mistakes area a thing of the past.

Note: Stay tuned to popsci.com/category/tags/eeepc for more Eee PC School hacking in the coming weeks. Extra credit for readers who swap the Techno Flash’s batteries with a LiPo battery system that can be recharged via an Eee PC’s USB port!