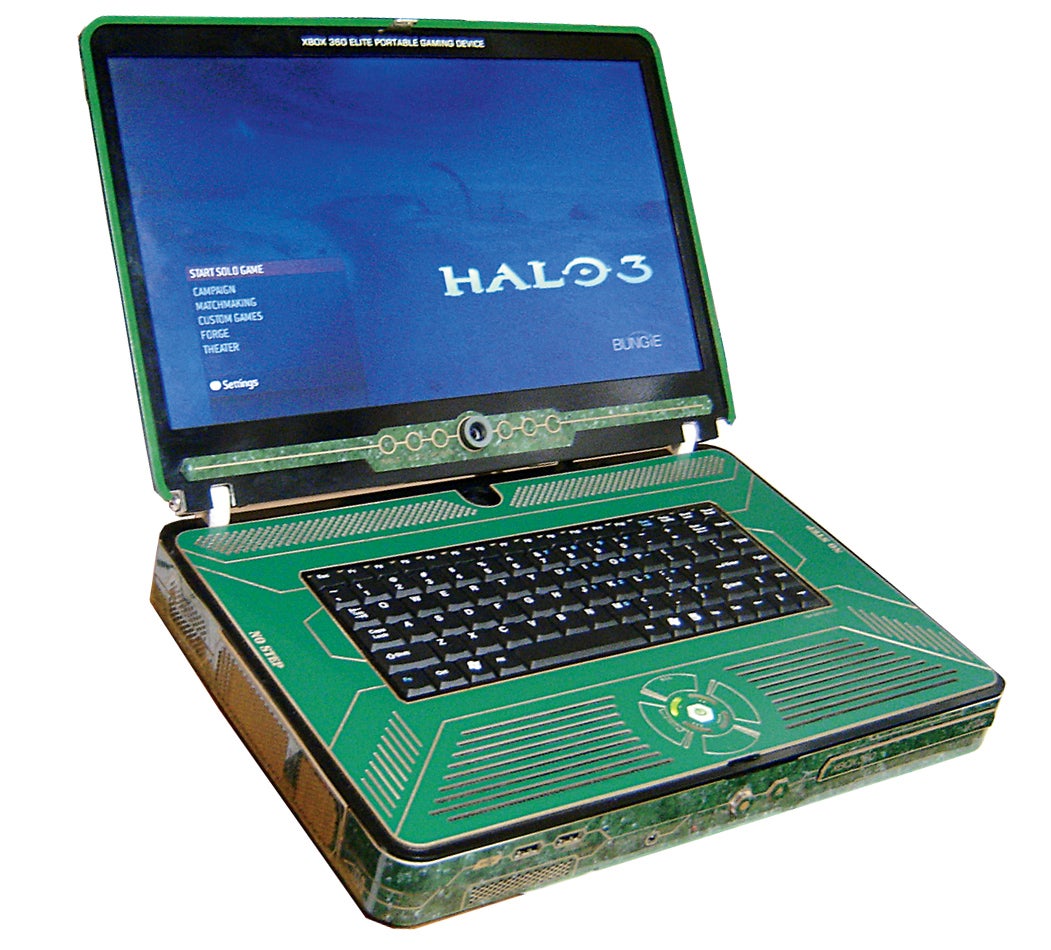 Ben Heckendorn’s game-console creations, from a portable Atari 2600 to a pocket-sized Nintendo 64, are famous in the modder world. But he may have topped himself with his Xbox 360 Elite laptop.

To shoehorn a full 360 into the 2.25-by-16-by-12-inch case and keep it playable, Heckendorn had to install fans and speakers and redo the internal layout of the machine several times. He then rewired the console to output the video to the 17-inch LCD display, on which he mounted an Xbox Live Vision camera for online multiplayer games.

For the exterior, he coated the aluminum case with plastic engraving material, allowing him to paint hexagonal designs in gold on the marbled green surface. Always eager for a new challenge, and already having built a Wii laptop, Heckendorn has moved on to creating a portable version of the PlayStation 3. For details on all his game-console mods, head to benheck.com.

Turn the page for step-by-step instructions. And for more far-out mods, launch the gallery here.

1. Design an aluminum laptop case in Illustrator and have it routed on a CNC machine. “Skin” the outside with plastic engraving material, and etch the surface details with a laser engraver.

2. Cut the Xbox Live Vision camera out of its plastic housing and mount it beneath the LCD display area. Strip a small keyboard down to its keys, circuitry, and USB hub, and install it in the case.

3. Take apart an Xbox console, and then install its DVD drive, motherboard, hard drive and 35 mm exhaust fans in the laptop base.

4. Rewire an ATX power connector to include the LCD and Xbox power signals in one plug. Handwire the HDMI converter cable to the motherboard on the LCD.

5. Cut open some store-bought computer speakers and install one on either side of the machine, along with the audio amp. 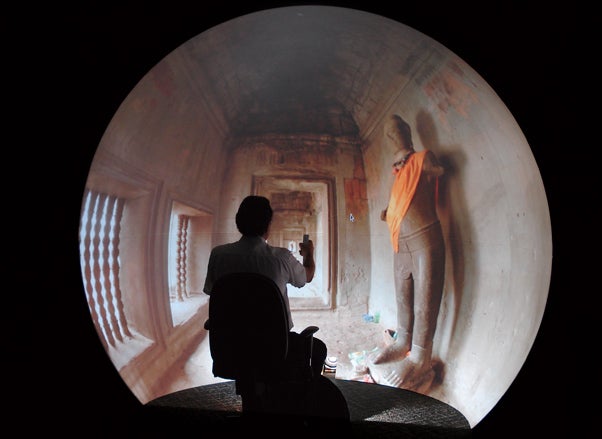 Time: 20 hours
Cost: $38,000
New Zealand scientist Paul Bourke made a Wiimote into a navigation device for VR installations. Now he can peruse places like the Melbourne Library in 3-D, using just a few gestures. Details at local.wasp.uwa.edu.au/pbourke. 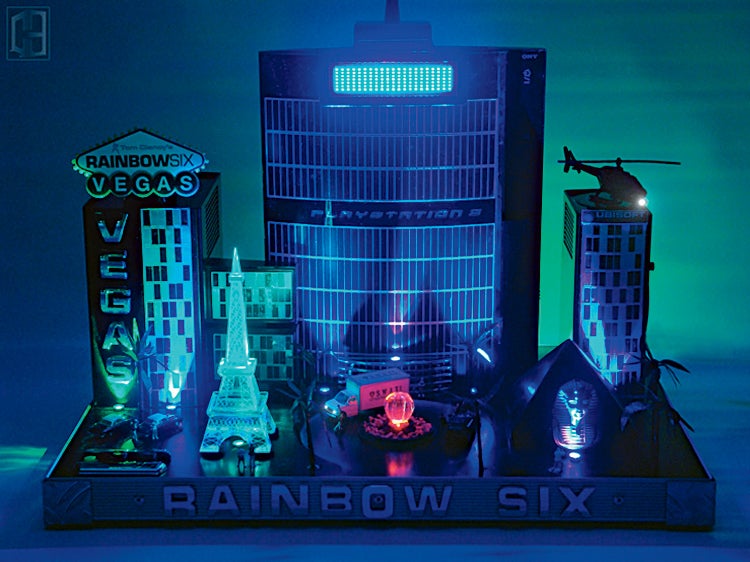