A British engineer builds a half-ton, 1,000-horse drag-racing bike with the power of a monster truck 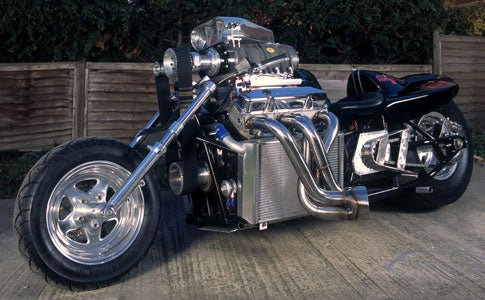 For a closer look, click ‘View Photos’ at left

Nick Argyle´s shop was only big enough to work on a motorcycle, but his only engine belonged in a monster truck. So the 44-year-old British engineer did what any power-mad gearhead would do: He built a 1,000-horsepower, methanol-guzzling, two-wheeled colossus.

Argyle had two priorities. First, he had to keep the bike light despite its 800-pound engine. So instead of building a traditional, heavy drag-racing frame, he used the engine itself as the main load-bearing structure.

The next objective: keeping it short. Drag-racing motorcycles are very long and, as a result, don´t turn well. But Argyle knew he´d need to ride on winding country roads to get to his local track, so he cut a foot off the length by sticking the supercharger belt-which helps generate extra power-between the forks, rather than behind them. The chariot may be shorter than its competitors, but the roar of 1,000 horses should make it clear who´s in charge.

Performance:** Argyle hasn´t clocked the bike´s speed yet, but now that he´s installed a new gearbox, he hopes to get it on the strip and top 200 miles an hour. 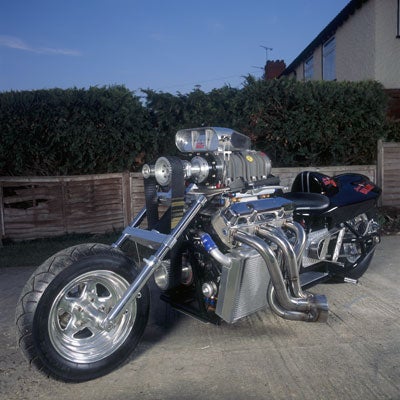 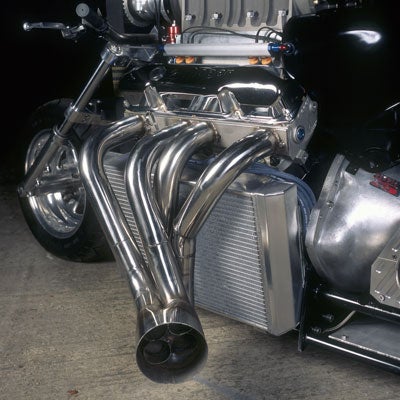 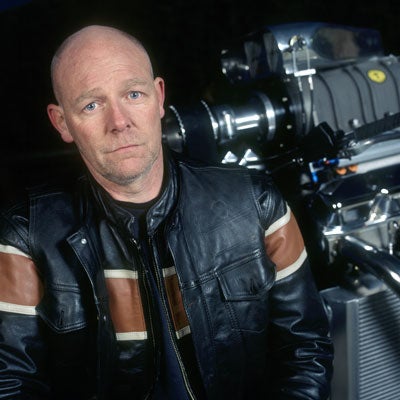 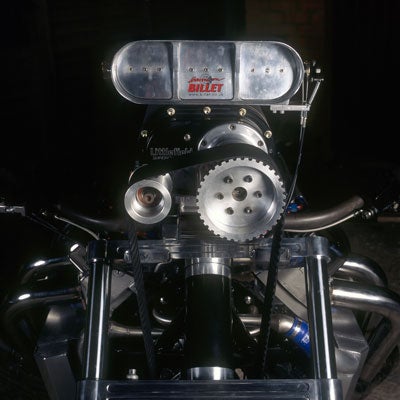 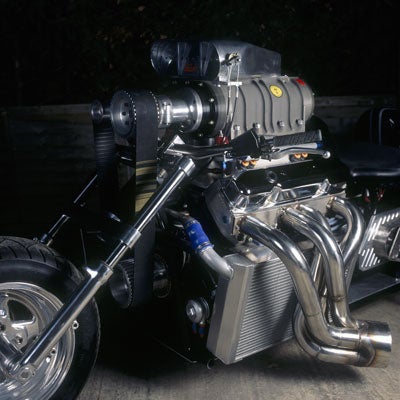