Your Guide to the New Desktop Photo-Printers 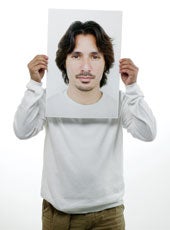 Desktop Printers These masters of all trades are equally at home spitting out spreadsheets and snapshots.
Who wants one? Anyone who is equally in need of printing photos and documents, such as Word files, Web pages and presentations.

Why now? Faster printers and higher-quality pictures at great prices.

What to look for There are a few specs that really mean something when it comes to desktop printers: speed, ink-drop size and number of inks. Speed is important, because this is a printer you’ll use every day, not just for photos. Look for 15 pages per minute (ppm) or faster for color documents and 4×6 borderless prints in less than 60 seconds. All of these printers gave us clean, readable documents in both black and color, even at the fastest setting.

The smaller the ink drop a printer can lay down, the better. (Some printers vary the drop size depending on the picture–larger drops for expanses of sky, smaller for lace trim.) The ideal size is one picoliter, which is imperceptible to the human eye. Larger drops create the appearance of graininess in an image. So far only the Canon can do one-picoliter drops.

Each color you see is a mixture of drops, so the number of colors a printer has in its palette determines the range of colors it can produce. This is especially true for printers that use just cyan, magenta and yellow, because the black produced by mixing the three colors together isn’t as rich as a dedicated black. The printers we tested all have dedicated black but a different number of colors–the Canon Pixma iP5000 has four, the Epson Stylus Photo R800 has eight, and the HP Photosmart 8250 has six.

More inks don’t necessarily equal better photos, however. Comparing test shots made on each printer side by side, we noticed some differences. The Epson created neutral but flat prints. The Canon prints were sharp, but in some instances almost cartoonishly poppy. The HP was in the middle–not as sharp as the Canon, not as neutral as the Epson. In the end, we preferred the Canon because photos 8×10 and smaller are more appealing when they pop.