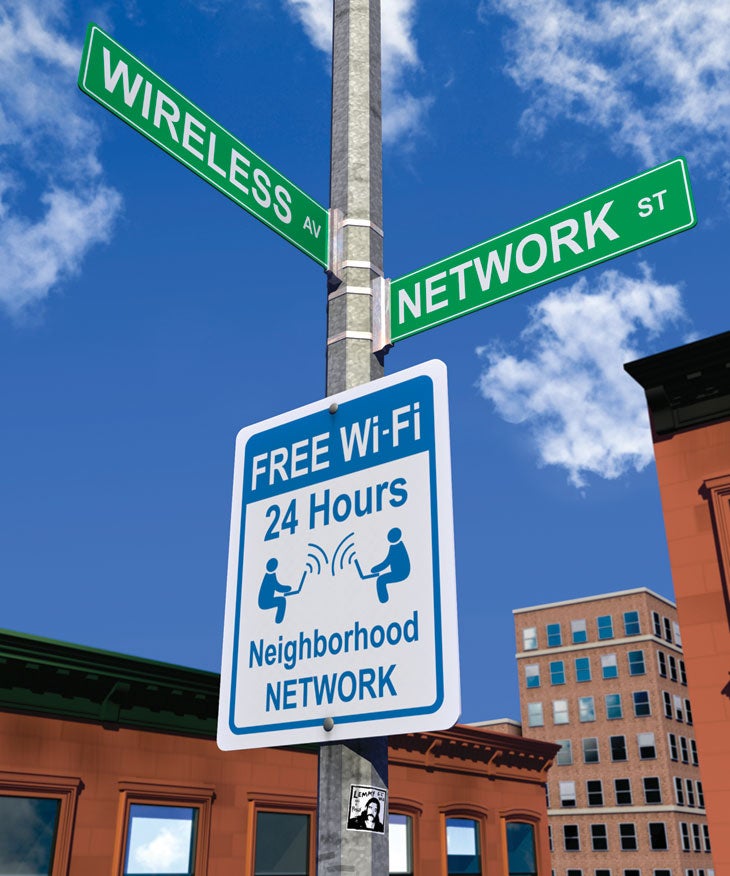 When Tony Guagliardo moved to Manhattan´s East Fourth Street, he didn´t know anyone in the neighborhood. Then one day, while trying to get wireless Internet in his apartment, he noticed an open Wi-Fi network named Neighbornode. He chose it, launched his browser, and a message board popped up welcoming him to the Fourth Street Avenue B Node. The network had been set up by a local resident who wanted to share his Internet connection. Soon, Tony´s neighbors were using it to discuss local restaurants, a community art project and even the block´s homeless guy, Eddie.

The Fourth Street hotspot is part of a communal wireless project called Neighbornode, started by then New York University grad student John Geraci as a way to add a community-building aspect to the common practice of using a neighbor´s Wi-Fi network to get online. Anyone with a broadband connection can start a Neighbornode. When someone uses the node
to access the Web, he is first directed to a home page with a message board, classified section and photo page to help locals recognize one another. (You can use a second router to maintain a private and secure Wi-Fi network for your home.) New York City currently has 18 such hotspots, and eight other nodes have appeared in such remote areas as Broken Arrow, Oklahoma, and Mayaguez, Puerto Rico. Launch a node in your ´hood with the steps below.

Some ISPs consider sharing your Internet connection to be a violation of your terms of service, so give yours a call before setting up a community hotspot. Also, typical Wi-Fi range is about 150 feet, so if you have a big block, consider using an external antenna, such as those available from Radiolabs (from $100; radiolabs.com) to boost your signal up to 300 feet. Or check out wireless.gumph.org to build your own.

[1] Purchase a Linksys WRT54G or WRT54GS Wireless Broadband Router (around $60 in most stores), and set it up according to the Linksys instructions.

[3] Access your router setup by typing â€192.168.1.1â€ into the address line of your browser (leave the username blank and type â€adminâ€ for the password).

[5] Connect to the network and configure the Neighbornode as prompted. Now let your neighbors know it´s there!