Q: Can I back up my console games to CD or hard drive and play them on my PC? 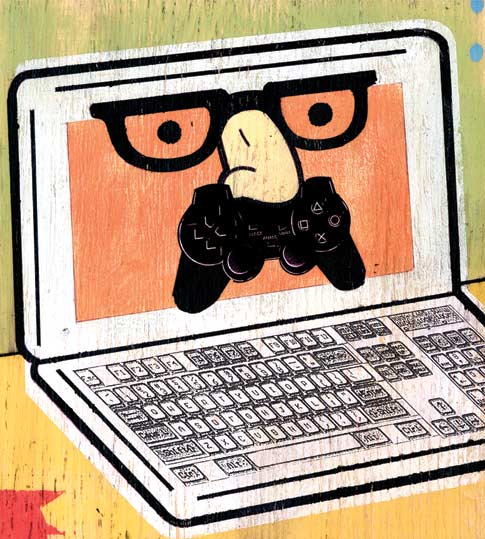 A: Short answer? Yes. Long answer: Yes, but the road may get bumpy. The underworld of game emulation is ruled by cliquish bands of code geeks loyal to beta-at-best homebrew applications. That said, the process is fairly straightforward.

First, back up your games on your PC with Game Copy Pro (dvdwizardpro.com). You can burn a title to another CD or DVD, or just keep the ripped file on your hard drive. The handy utility tackles Xbox, PSOne, PS2, Dreamcast, Gameboy and GBA.
Next you’ll need an emulator, which lets you play the ripped game on your computer. Emulator-zone.com has a comprehensive selection of emulators for most consoles, from the Atari 2600 to Xbox, and often there are versions for Windows, Mac or Linux systems. Just remember that these are all amateur apps. If one seems too buggy, try another.

Finally, a word of caution. The emulator scene walks a fine line between hobby and misdemeanor. Naturally, you just want to play your own games at work. But the tools can also be used to trade games you don’t own or to play pirated titles, and the game giants–Microsoft, Nintendo and Sony–take that pretty seriously. Stay straight, and emulate only games that belong to you.