From the Frontier: Tech Solutions in Far Out Places 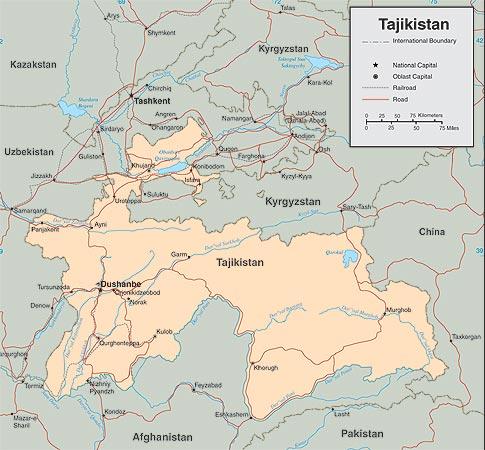 by The Josh McKible Collection

The Yemeni, Chechen and Syrian mujahideen who once trekked mountainous Tajikistan are now gone, but still few Western tourists venture into the country’s Pamir Mountains, in part because no one knows where to go. There are no up-to-date guidebooks, and nary a map store.

That didn’t stop my friend Lars and me from buying tickets to Tajikistan last summer. Before our departure, in a lonelyplanet.com chat room we found the impossible: a complete set of high-res Soviet-era topographic maps for Tajikistan (and 17 other obscure locales), downloadable from UC Berkeley (lib.berkeley.edu/eart/topo.html). I printed two dozen Pamiri maps at Kinko’s, and smuggled them past border guards at the Dushanbe airport.

Still, we had a problem: The maps used Soviet coordinates, so the Western readings on my GPS wouldn’t help us find our location on the maps. A friend at the United Nations in Dushanbe saved the day with a program he had on his PC called OziExplorer, which can extrapolate a GPS-legible grid for an entire map from just a few points. Since our maps did have degrees-minutes-seconds readings in the corners, we opened the map JPEGs in OziExplorer, which then created for each map a grid that my GPS could read. That allowed me to mark the coordinates of waypoints along our route–river crossings, glaciers, peaks–and download them into the GPS unit.

The trail of virtual breadcrumbs led us through a 10-day trek, navigating a 15,000-foot pass to become the first Westerners in 12 years to enter the lovely valleys above the village of Sangvor.