Project: Snapshot Supernova When I talk to mainstream media about citizen science projects, one of the questions I usually get... 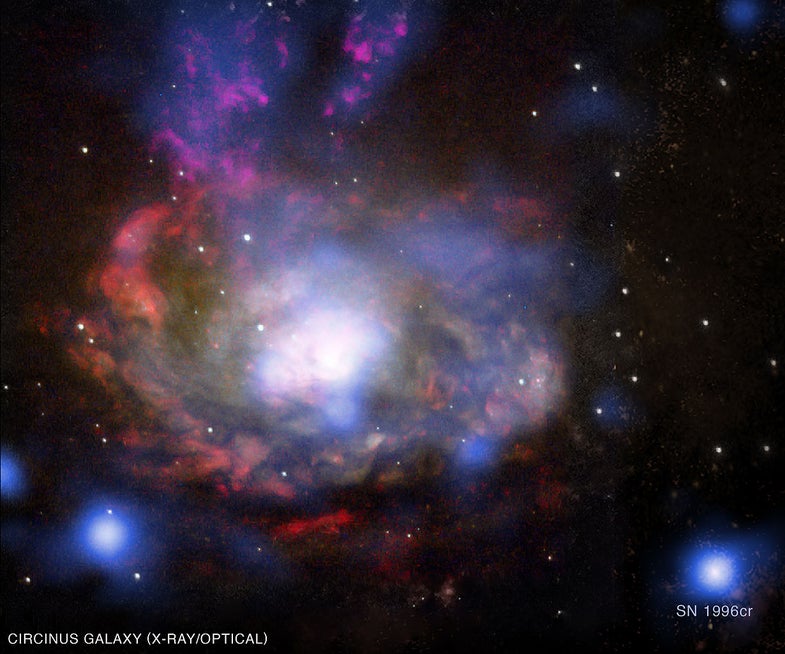 When I talk to mainstream media about citizen science projects, one of the questions I usually get is “Do these things actually produce real science?” So today, we’re going to do something a little different and discuss how one of these projects has been successful in a very short time.

Supernovae are big bright spots in the sky that are the telltale signs of very violent star “death.” (When a star explodes in supernova fashion, it can outshine entire galaxies.) We still have lot to learn about supernovae, as we have yet to pin down what kinds of stars explode to form supernovae, how the explosions start, and how they typically proceed. Thus, it is important to identify a supernova as soon as possible after it has exploded so we can observe it over time.

Supernovae are also important for astronomy and cosmology as tools. As you might expect, an exploding star is a very bright object in the night sky, and we can use that brightness to calculate how far away it is. Supernovae have been used to measure the rate of expansion of the universe, and so they have a role to play in our understanding of gravity, and puzzles like “dark energy.”

It was with these things in mind that Snapshot Supernova was launched around March 19th of this year, on BBC Stargazing Live. The goal of this project was to identify supernovae using images from the SkyMapper telescope at Siding Spring Observatory, operated by the Australian National University.

Within the first three days of the project, four confirmed supernovae were discovered in the images.

The project has run out of images to process now, and hopes to add more soon. Obviously, not all citizen science projects are this successful so quickly, but the story demonstrates how a well-executed and well-publicized citizen science project can indeed produce viable results. Anyone looking to start a project of their own would do well to study the Zooniverse model for best practices.