Who said scientific papers were boring? 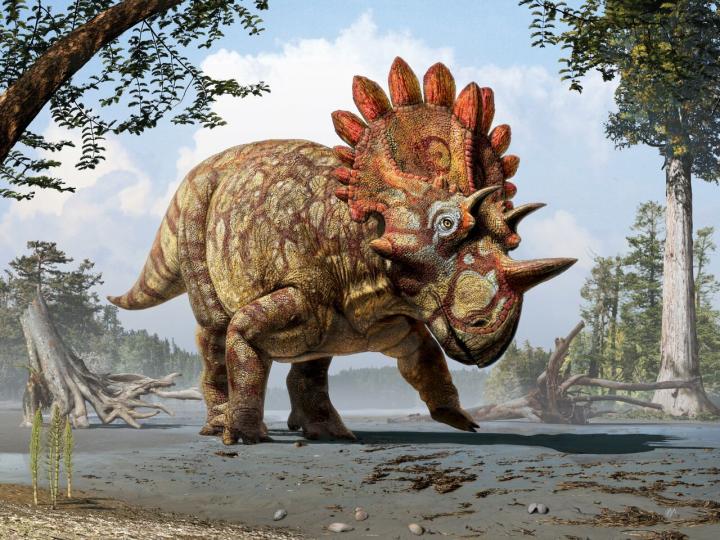 The huge fringed skull of the dinosaur was so massive that it had to be lifted out of the Canadian countryside by helicopter.

The find, first made back in 2005, took ten years to make it into the scientific literature and onto view at the Royal Tyrrell Museum (no relation to Margaery, Loras, or Olenna). It was a long build-up towards one of the most fun scientific papers ever written.

The dinosaur and its crowned skull are amazing enough. Regaliceratops peterhewsi looks mostly like a triceratops, but it has a strange crowned frill and two stubby horns on its forehead which set it apart from other types of horned dinosaurs. Those horns earned it the nickname ‘Hellboy’ after the comic book character with cut-off horns. The age and location of the fossil also suggest that it developed those traits independently from other triceratops, a phenomenon known as convergent evolution.

An awesome new dinosaur with a great name would be cool enough, but at the very bottom of the Current Biology paper describing the species was the sweetest acknowledgment ever.

The publishers were apparently fully aware of the addition and were rooting for the couple.

And to answer the question you’re all asking yourselves, apparently she said yes.