Duck-Billed Dinosaur May Have Had Benign Tumor 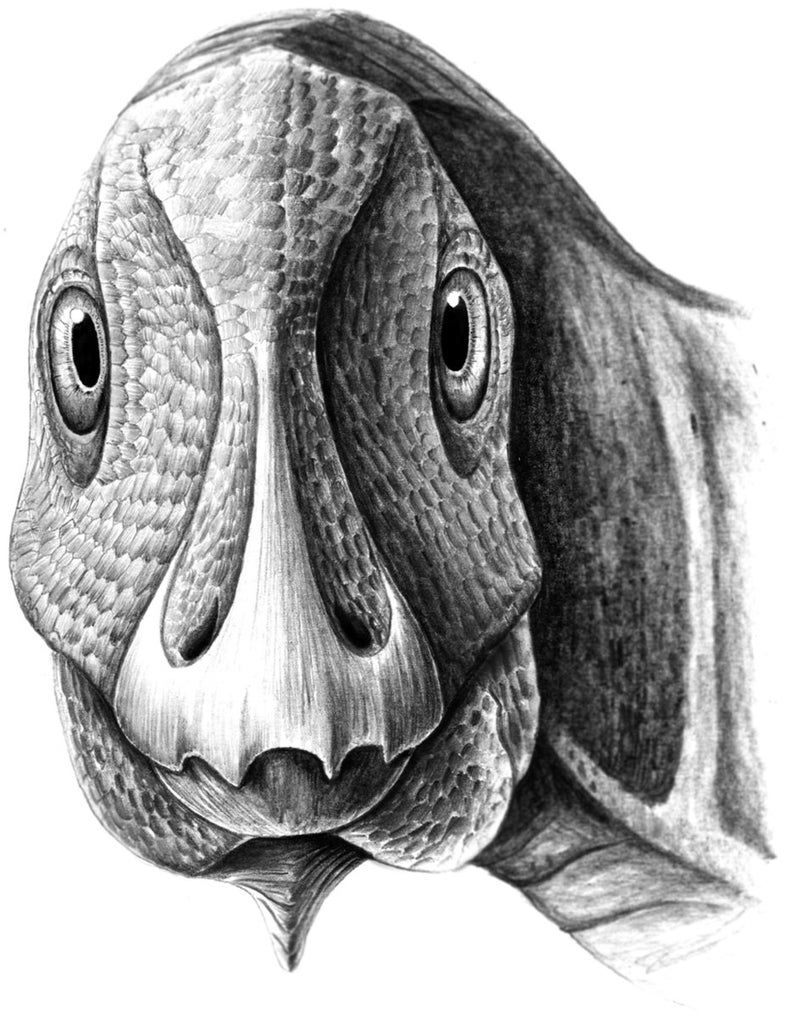 A group of researchers found a benign tumor called an ameloblastoma on a hadrosaur's face. They think that duck-billed dinosaurs might be more prone to tumors than other dinos. In this drawing, the tumor is on the lower right side of the hadrosaur's jaw. Mihai D. Dumbravă
SHARE

Dinosaur bones can tell us a lot about the lives they lived and died. Some bones can show remnants of a violent attack, while others reveal congenital problems.

In a new study, a group of international researchers writes that a set of abnormal jawbones found previously in Romania shows signs of ameloblastoma, a type of benign tumor.

Found in the “Valley of the Dinosaurs” in the Hațeg Basin of Transylvania, the fossil was a duck-billed dinosaur called the hadrosaur, one of the most common and widespread dinos in the late Cretaceous Period.

But Bruce Rothschild, a paleopathology expert from the Northeast Ohio Medical University who studied the scans of the fossil, believes that this specific finding, the hadrosaur with ameloblastoma, shows something more.

“The discovery of an ameloblastoma in a duck-billed dinosaur documents that we have more in common with dinosaurs than previously realized,” Rothschild said in a statement.

Ameloblastoma can afflict modern reptiles and mammals, as well as humans.

While it’s unlikely that the tumor caused the duck-bill pain, the researchers believe that it may have hurt the dinosaur’s chances of survival.

The dinosaur was young when it died, the researchers estimate, and it’s possible the tumor played a role in getting picked off early.