Did A Meteorite Just Kill Someone In India? 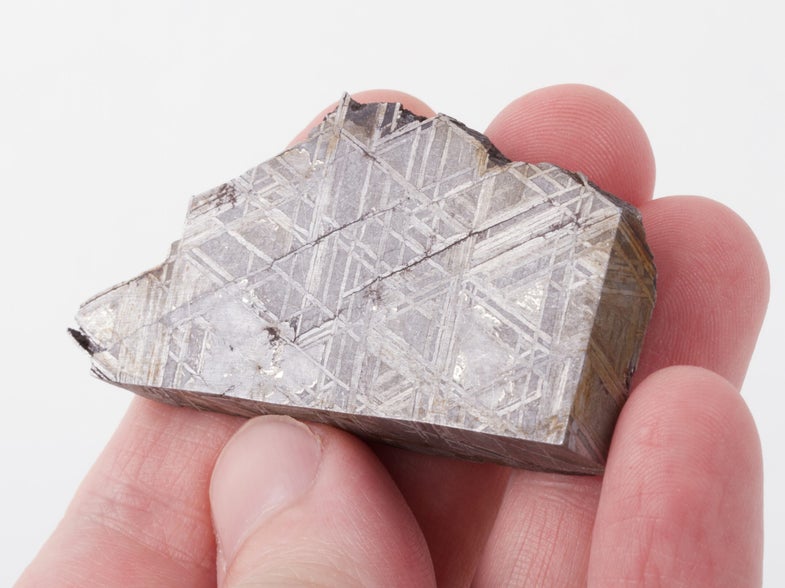 A fragment of a meteorite that is not known to have murdered anyone. Windell Oskay CC by 2.0
SHARE

There are some early reports that a bus driver in India may have died by meteorite.

Wall Street Journal India reports that an “unidentified object” (likely a meteorite) left a small crater on a college campus on Saturday. Reports vary as to the depth of the crater, but the impact seems to have excavated a hole between 2 and 4 feet deep. The loud boom of the impact could reportedly be heard for almost two miles, shattering nearby windows. Two gardeners and a student were injured in addition to the bus driver, who was walking in the area.

Local officials have commissioned tests on the debris at the site to determine if it was, in fact, a meteorite that killed the bus driver. If so, he would be the first person to have his cause of death listed as a meteorite strike.

The odds of being killed by a meteorite are pretty small, approximately 1 in 700,000–a small chance, but still better than your odds of winning the Powerball. The chance of getting hit by a meteorite but surviving is slightly higher at roughly 1 in 75,000, but as i09 points out, only 3 other people in recorded history have gotten hit by a meteorite, and all three of them survived.

Larger meteorites have been known to injure people, even without striking them. Most recently, a meteor exploded over Chelyabinsk, Russia in 2103, injuring more than 1,000 people as the shockwave from the explosion shattered glass throughout the city.