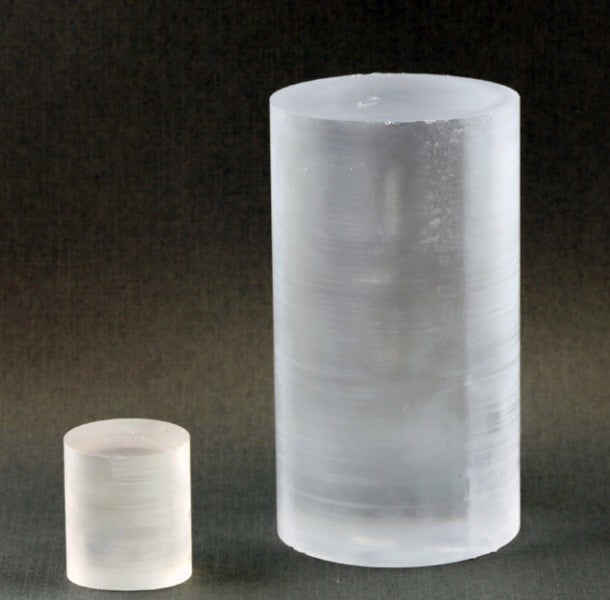 The first time Popular Science wrote about stilbene, nuclear weapons were decades away from existing. Now, the Department of Homeland Security wants to take advantage of the properties of stilbene crystals and make nuclear detectors out of them.

As presented in a March report by the Government Accountability Office about combating nuclear smuggling, and summarizing work supported by DHS, the stilbene crystal technology works in a very simple way. When struck by neutrons emitted by nuclear material, stilbene lights up. Paired with a simple light detector, it suddenly becomes a tool for identifying nuclear material. The devices are literally scintillating. (No, really).

Stilbene crystals are especially good at detecting fast neutrons, which are given off by weapons-grade nuclear materials, like plutonium. Developing a useful domestic supply of stilbene for scintillators is one of the goals of DHS’s Domestic Nuclear Detection Office. Many technologies exist to detect nuclear detonations, but finding a weapon before it goes off is a specific challenge, and one that stilbene might help with. The report on Combating Nuclear Smuggling found that, while the goal of developing nuclear detection technologies is important, the agencies involved could stand to do a better job of documenting their progress, which in turn enables better evaluation of the work they’re doing.