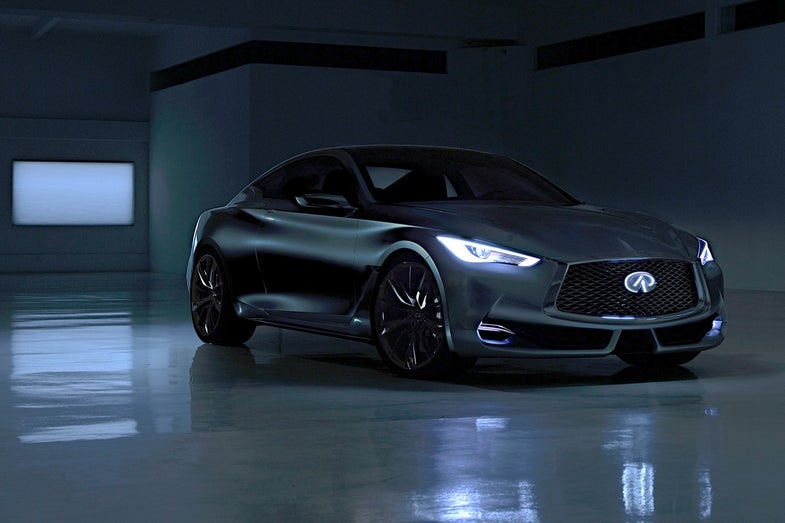 Infiniti hasn’t updated its Q60 sport coupe in many years, so the unveiling of a new concept car at the North American International Auto Show in Detroit that shows what the next version will look like is an important one.

It is aptly named the Infiniti Q60 Concept.

The concept car’s design and features also reflect changes ahead for other new Infiniti models. It has ornate styling, with hardly any flat surfaces or straight lines—an esthetic Infiniti says will be applied across its lineup in the future. In addition, the Q60 Concept’s new twin-turbocharged V6 will spawn a family of engines more powerful and more efficient than the six-cylinder engines that Infiniti uses now.

It has ornate styling, with hardly any flat surfaces or straight lines

Infiniti’s concept car is similar in size to the current Q60. Though slightly longer and lower, the new model is exactly the same width as its namesake.

The Infiniti Q60 sport coupe competes with the Audi A5, BMW 4 Series and Mercedes-Benz C-Class Coupe, among others. All three of those German cars have had major redesigns in the past year.

More details are to come from the 2015 Detroit Auto Show, which is officially open to the public January 17 through January 25. However, we’ll get a sneak peek at the Q60 Concept during the press days beforehand—so stay tuned for more.