They're keeping their longevity tips close, for now. 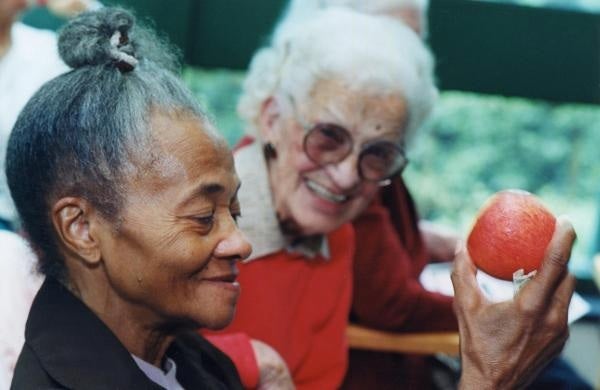 But you do have to have the right genes. U.S. Census Bureau, Public Information Office (PIO)
SHARE

Is the secret to long life in a gene? We don’t know, for now. A recent project to read the entire DNA sequence of 17 people aged 110 or older has found… there’s nothing particularly different from ordinary folks.

It is known that super-longevity is inheritable. It runs in families. An analysis of twins suggests human lifespan is 20 to 30 percent genetic. In super-long-lived people, that proportion is higher. Supercentenarians, or those that live past 110, don’t have different smoking, drinking, eating, or exercising habits than the rest of us. It’s in their genes. But where?

One team of geneticists from California and Washington State tried to find out by seeking a single gene variant in their 17 supercentenarians. They wanted a variant that would appear in all the supercentenarians, but not in other folks. That’s when they didn’t find anything.

It’s possible this variant doesn’t exist. Maybe it’s certain combinations of genes that do the trick. Or perhaps every family with members that reach 110 and over does it with different, family-specific genes, Stuart Kim, the study’s lead researcher and a biologist at Stanford University, told Live Science. If that’s the case, there would not be a common thread to be found among all supercentenarians.

Tantalizingly, it’s also possible that the team simply didn’t have enough people in their study to find what they sought. The team members are making their gene data publicly available, so other researchers may continue the search, Kim told LiveScience.

Kim and his colleagues published their work today in the journal PLOS One.