The spacecraft is finally leaving the asteroid's dark side. Let the science begin! 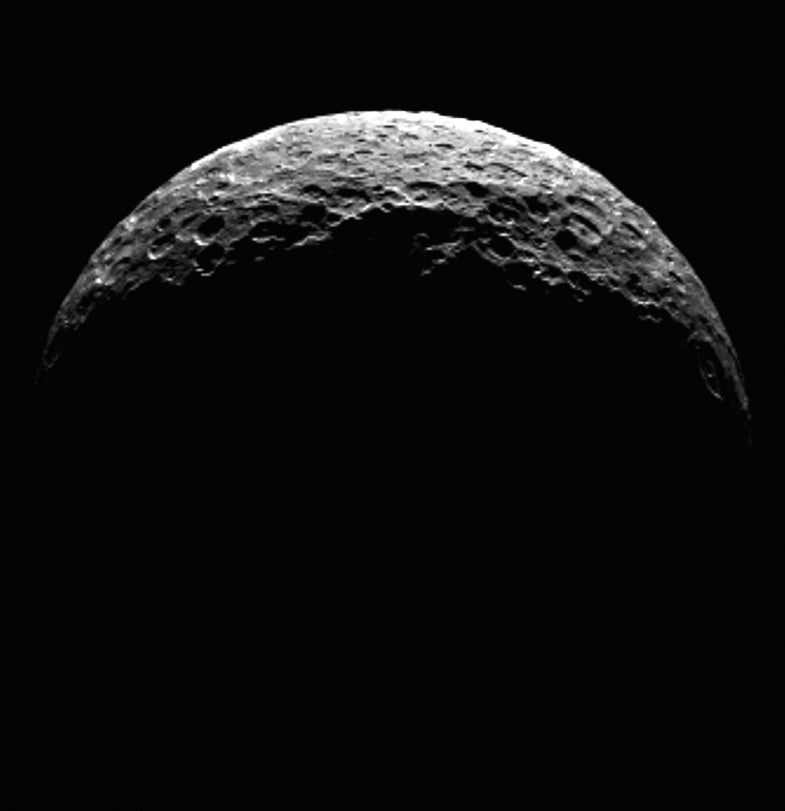 Out in the asteroid belt between Mars and Jupiter, Ceres is the largest unexplored rock in our solar system. The Dawn mission arrived in Ceres’ orbit back in March, but we have yet to see any great close-ups of the asteroid. That’s because the spacecraft’s trajectory brought it swinging around Ceres’ dark side for a little while. It’s still out there in the dark, but it’s getting closer to the light. That’s why the asteroid looks crescent-shaped in the latest and greatest images from Dawn, shown above.

The photos above were snapped on April 10th from a distance of 21,000 miles. By April 23rd, the spacecraft will enter its first science orbit at a height of 8,400 miles. That’s when the Dawn will start collecting all of the really juicy data. The spacecraft will begin searching for water vapor from Ceres’ possible atmosphere and ice volcanoes, as well as sending back images of the asteroid’s surface in gorgeous, unprecedented detail.