DARPA Wants Prosthetic Hands That Can Feel Like Real Hands 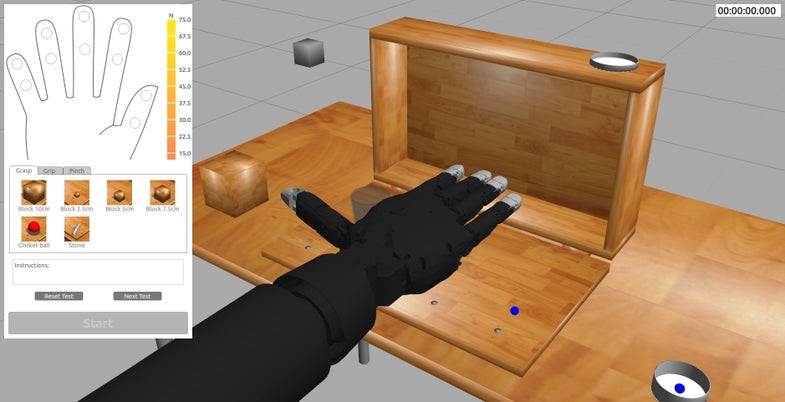 Consider it a silver lining amid the dark storm clouds of war. DARPA, the Defense Department’s advanced research wing, this Sunday announced progress in a project to make prosthetic hands provide the sensation of touch. The injuries from two long wars abroad have increased the need for technology like this, and DARPA wants to restore the sense of touch to those who’ve lost hands.

Dubbed “HAPTIX,” for “Hand Proprioception and Touch Interfaces”, the name is a play on “haptics,” or the science of touch. To get the research done quickly, DARPA is awarding contracts to eight different teams. These teams include four universities, two medial research non-profits, and two commercial electromedical equipment developers. Before translating success into real limbs, these teams are going to test their interfaces in a virtual world. DARPA is providing the eight teams with simulation software for prosthetic limbs developed in an earlier project.

As interfaces for prosthetics, these will be more complex than just “mouse in hand” or “finger on screen.” DARPA has already done some of the footwork here, with a neural interface project looking at what does and doesn’t work for controlling limbs replacing amputated parts.

After analyzing and appraising the eight projects, DARPA will chose some to continue into a second stage of funding and development, with the ultimate goal of an FDA-approved wearable prosthetic that can feel ready in four years.