I created the first digital meme

The mind behind the Dancing Baby regrets his most famous work. 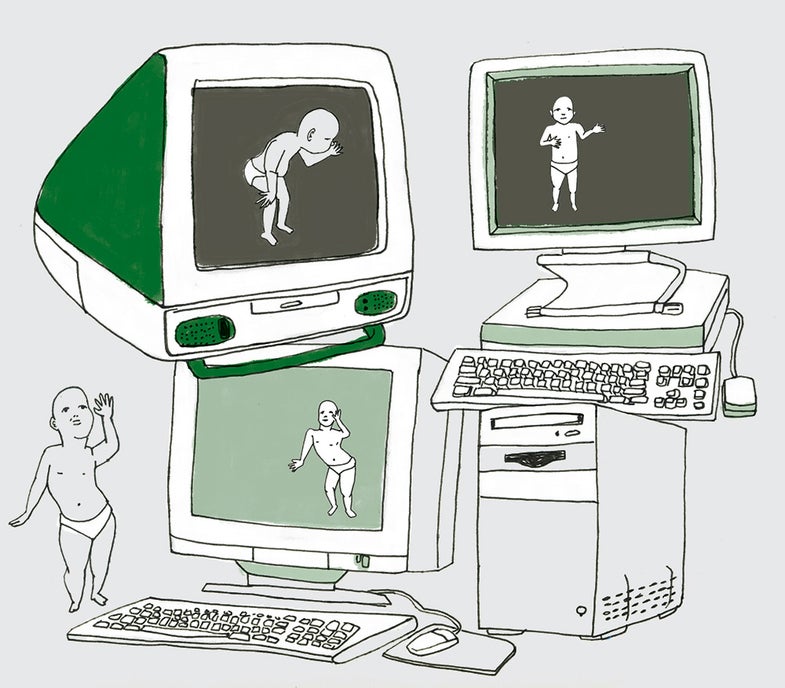 In 1996, I was running my own 3D-animation company, Unreal Pictures. Autodesk, which creates design software for engineers and architects, hired us to develop a program that would let people animate digital models. We included several demonstration models to which users could apply a dancing motion: a dinosaur, a woman, and our favorite, a baby.

When people bought our software, instead of using that baby to practice animation techniques, they exported the dancing version, which they called “Baby Cha-Cha.” People began sharing it through email, then adding it to websites and selling it on clothing. In 1998, it even appeared on the television show Ally McBeal. We didn’t know it at the time, but we had created the first-ever digital meme.

I think it spread because the file was a GIF you could easily attach to emails, and the baby seemed carefree and optimistic. But mostly, and kind of disturbingly, people enjoyed ridiculing it. I wanted my work to be taken seriously: I’d previously studied human motion with top choreographers. This baby was far less graceful and artistic; it was just a little uncanny-valley GIF. As its popularity eclipsed our software’s, I got cynical. I didn’t want to be associated with the animation, even though the exposure was great for my company.

Recently I visited the Computer History Museum in Mountain View, California. It has a 25,000-square-foot permanent exhibit that displays 2,000 years of computing history. And the very last panel is a picture of Baby Cha-Cha. It’s bittersweet watching your creation become famous when you’re not particularly proud of it.

As told to Jason Lederman