The Curious Case Of GB-C Co-Infection

How a virus seems to help fight off HIV and Ebola 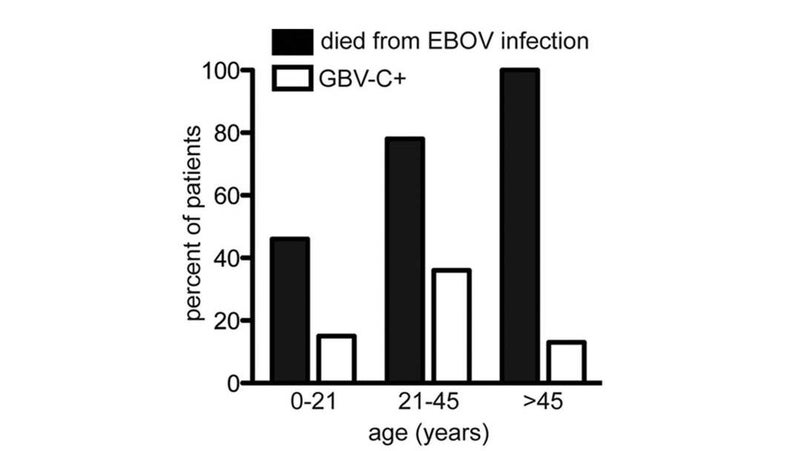 As a general rule, co-infection is considered to be quite detrimental. Experience over the last century suggests multiple invasions can increase the severity of symptoms and increase the likelihood of death. No example is quite as prominent as the case of the 1918 Spanish Flu in which bacterial co-infection resulted in the majority of deaths. But other examples have continued to scatter the literature including the scourge of HIV and tuberculosis. In this case, co-infection can lead to reduced survival as well as the selection for extremely drug resistant strains.

Of course, there are exceptions and in the last decade, researchers have found a certain virus may actually help a person during multiple infections. It’s known as GB-C, and is part of a family of named after the initials of the first identified case back in 1967 . Over the years, GB-C has had a few other names including hepatitis G virus and pegivirus due to its isolation from the frugivorous bats Pteropus giganteus.

Despite its presence in the human population, GB-C appears to have gained little attention. The reason for this may be due to its low level of pathogenesis. As with other hepatitis viruses, it can be found in the liver but it also circulates in the blood. As for symptoms, little to no evidence exists to suggest any disease potential. The virus may be inert in terms of health detriment.

On the other hand, GB-C virus may actually offer benefits to those co-infected with HIV. Studies have revealed the virus can slow down the course of HIV infection by stopping the production of HIV receptors on cells. In addition, inflammation is muted through a viral modulation of the immune response. Finally, production of antibodies against GB-C tends to help increase survival. In essence, GB-C is a friend, not a foe.

Now it seems GB-C might be even more valuable in terms of infection with another deadly virus, Ebola. In a study officially published last week a team of American researchers looked for GB-C co-infection with Ebola and assessed whether benefits could be seen. Although the odds were against them, the team came across some very interesting results including an association with higher survival.

The team used genomic data acquired from an Ebola study performed last year. In that report, blood samples from patients in Sierra Leone were collected and tested for presence of the deadly virus. The current study looked for any signs of the GB-C virus in the sequences. Of the 49 people who had Ebola virus from the previous study, 13 were found to have co-infections.

At this point, the researchers went back to the qualitative data to determine if there were any differences in disease outcome. First and foremost was the revelation less people died with co-infection. While the average mortality rate was 69%, in the co-infected group, that number was reduced to 46%.

To strengthen the power of the observations, the team separated the individuals by age. No matter what age range they examined, co-infection led to decreased mortality. But the greatest difference occurred in those over 45 years of age. In this case, all individuals with only Ebola infection died; co-infection led to over 80% survival. Upon closer examination of the mechanism behind this surprising change in mortality, the researchers suggested the benefit of GB-C arose from two possible routes.

The first is as an anti-inflammatory agent. When an individual is infected with Ebola, there is a significant immune response with inflammation, cytokine storm and massive apoptosis being major contributors. Based on the actions of GB-C, these responses are most likely attenuated and allow the body to fight Ebola in a more concerted manner.

The second dealt with the difference between the target cells of Ebola and GB-C. Ebola targets and destroys blood and organ tissue forcing the entire immune system respond in a reactionary manner. The process is vicious and fast but is prone to aberrations due to cell-to-cell miscommunication as well as the development of inflammatory responses such as cytokine storms. This worsens health due to fatigue and wasting and increases the chance for death.

GB-C on the other hand targets immune cells. When it is recognized, the body initiates only the anti-viral arm of the response. When this happens, the reaction is tamer and more effective. Now it seems this more relaxed reaction also helps to fight Ebola as an unintended target.

The results, while promising, are still early with only a few cases noted. The authors highlight a need for more studies to better understand how GB-C co-infection can better the chances for survival. If any trends are seen, whether in the laboratory or in the field when outbreaks occur, there the development of novel GB-C based therapies may be warranted. Though any potential treatment option may not help stop the current epidemic, there is hope for a future when the tragic tolls may be stemmed if not prevented altogether.