Could This Simple Tube Save The World? 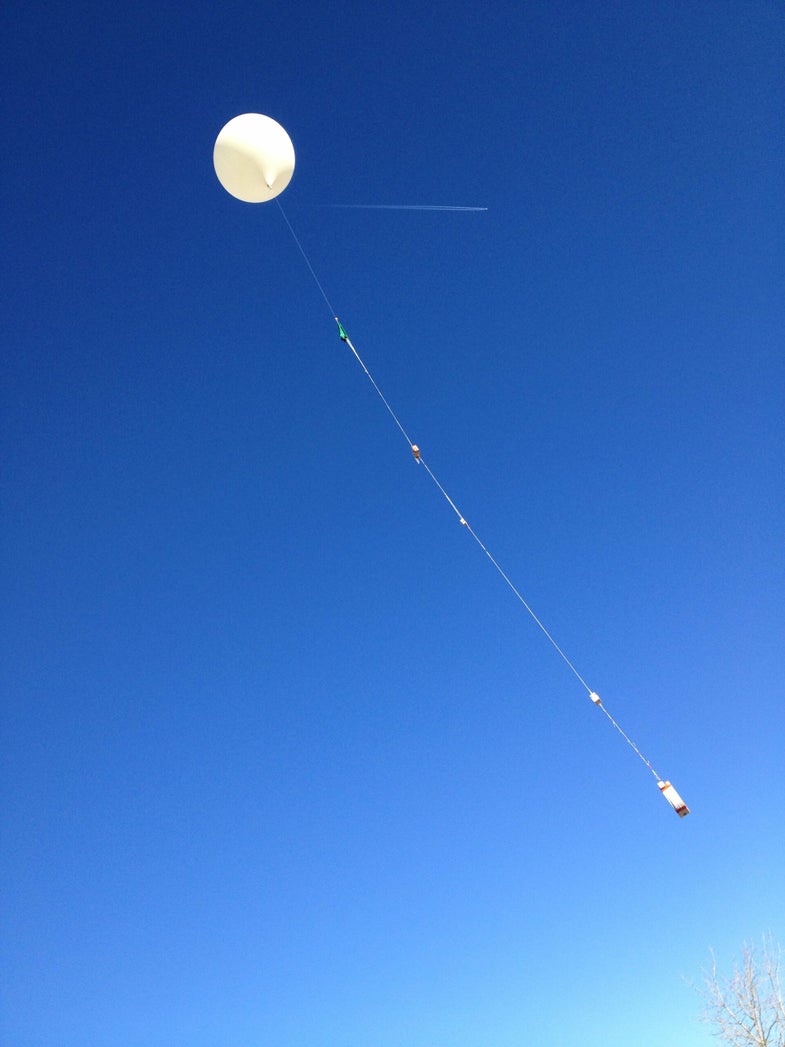 Earlier this year, Jack Higgs scanned the blue sky above the flatlands of eastern Colorado. Confirming the absence of low-flying planes he gave a thumbs up. A colleague yanked a strap, launching a helium-filled balloon. The lighter-than-air vessel flew off. Higgs leapt into a pickup truck and sped away.

Higgs, a technician at the National Oceanic and Atmospheric Administration (NOAA) in Boulder, Colorado, was racing to recover an instrument, called the AirCore, now dangling by a string from the rapidly ascending balloon. Within about 90 minutes it would arrive at the top of Earth’s atmosphere, an altitude of about 100,000 feet. Then, an automated mechanism would set the equipment loose. After a brief 150 miles-per-hour freefall, a parachute would slow the ascent. Higgs had launched the AirCore several dozen times before. On this day, winds were blowing hard to the east. He was anxious to arrive at the expected landing site before touch down.

Someday, the AirCore could help nations of the world uphold the commitments of a climate change treaty, such as the agreement due to be negotiated at the upcoming Paris climate summit later this month.

In fact, the idea of keeping nations honest when it comes to their emissions reductions goals has become an international priority: earlier this month, the leaders of France and China issued a joint statement of agreement that any treaty that emerges from the Paris summit must include provisions for monitoring compliance, which French President Francis Hollande called “historic.”

The statement gave no specifics, however, and researchers are still working out the details of how to calculate a country’s carbon dioxide output accurately. But AirCore could be a step in the right direction. AirCore has no moving parts and at first blush seems too primitive to be useful.

“It’s incredibly simple,” says Scott Denning, an atmospheric physicist at Colorado State University, who has no direct involvement in research with the device. “It’s just a long tube” measuring around 500 feet long, about as thin as chopstick (an eighth of an inch in diameter), and packed into a dinner-plate-size coil. One end is capped shut; the other remains open.

The AirCore uses gravity to trap air inside. As the device ascends to the top of the atmosphere, progressively lower pressure empties it of any gas. Later, when plunging to the ground, air rushes back into the pipe. Pressure, increasing with descent, packs air into the tube against the capped end. By touchdown the tube has collected a sample from top to bottom that remains in order, “like a tape recording,” says Pieter Tans, who thought up the invention about ten years ago.

Tans, also a NOAA employee, runs the U.S. program for monitoring carbon dioxide in the atmosphere. Compared with the alternative, taking samples with research aircraft, the AirCore “is very cheap,” Tans says.

It costs about $4,000 to make one AirCore device, and anyone can build one. Launching one AireCore costs about $2,000 for the cost of consumables such as helium, the balloon, and the cost of labor. By comparison a research flight using a jet aircraft costs about $12,000, says Tans. And a jet can’t fly higher than about 60,000 feet. In the past, obtaining samples from the top half of the atmosphere has required either a rocket or an industrial-size balloon, costing even more more. Consumer drones, which have become more available in recent years, also are restricted by FAA guidelines and can’t reach nearly the same heights.

Once sent aloft, the device gathers a continuous sample of air from top to bottom of the atmosphere, just as a tree core collects a specimen of wood from pith to bark of a tree. Then after it plummets back to earth, it can be retrieved and analyzed in a laboratory. There, the core of air reveals the subtle variations in carbon dioxide concentration through the atmosphere’s thickness.

Combining this highly accurate information with satellite data that is less definitive but made much more frequently and in many more places than a balloon can be launched, scientists can calculate how much carbon dioxide a country—or any other region—releases into the air.

Tans says that a key innovation is the tube’s narrow bore. If the trapped contents could mix freely, the instrument would not give researchers an accurate rendering of the how the atmosphere’s mixture of gasses changed with height. But eddies that stir the sample can’t form in the highly confined space of the AirCore’s tube. Only the random motion of molecules, a much slower process, mixes the sample. Still, Tans says that even a small amount of blending of the gas degrades the results, making recovering the equipment quickly imperative. The coil is rushed to a laboratory, where the gas is blown out and analyzed with precision equipment.

It’s not always easy to recover the AirCore when it lands, says Higgs, even though it’s equipped with at least three tracking devices—including one sold to hunters for chasing their dogs. One time it landed in a manure-filled feedlot. He grabbed it in the nick of time just before a herd of cows stampeded the enclosure. Another time, on hearing that Higgs worked for the federal government, a rancher forbade him from crossing a strip of pasture.

“He probably thought I was with the NSA, spying on his cows,” says Higgs. It has landed in trees, powerlines and, once, on a rooftop.

Tans says he’s still perfecting the AirCore. He wants to make it cheaper and easier to recover. Someday, he says, launches could be as common as flights by weather balloons, which are released around the world by the hundreds. He hopes that future models will be lighter and maybe returned to Earth by glider, reducing the risk that testy property owners will hold them hostage.