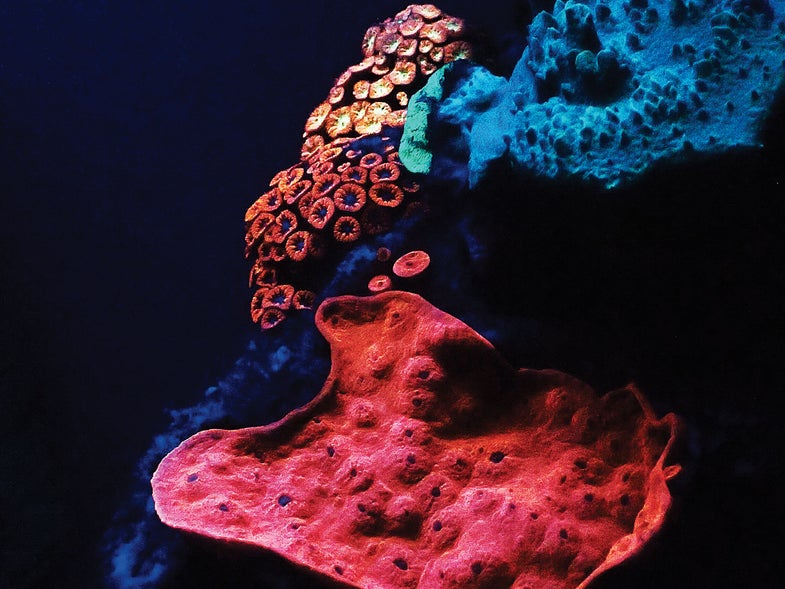 Corals in shallow water sometimes produce a fluorescent pigment that protects them from harmful solar rays, like a sunscreen. But when researchers from Israel and the U.K. found deepwater corals that produced a brilliant rainbow of hues, they were floored. “There might be something completely undiscovered in reefs that could be incredibly useful,” says Jörg Wiedenmann, an oceanographer at the University of Southampton.

The corals’ pigments, he says, might help in the lab. For example, one can change from green to red when exposed to near-UV light—a capability that could help researchers track cancer growth or test the effects of potential drugs on cell cultures.