All because of one teenager who made a flamethrower drone 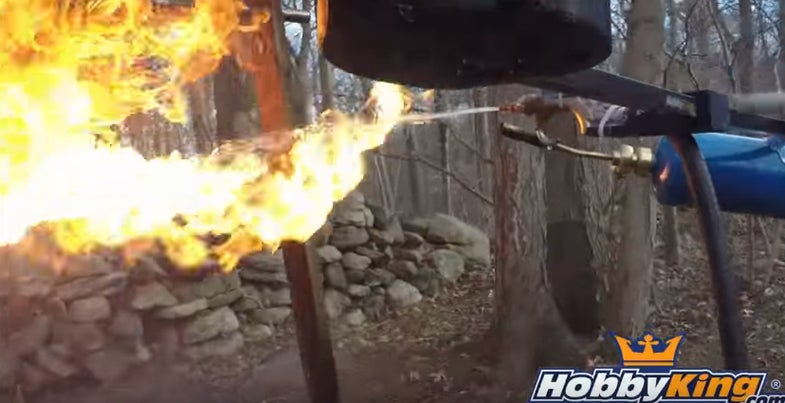 Last summer, Connecticut teenager Austin Haughwout made headlines with a creative little craft project: He attached a gun to a drone. In December, Haughwout released a video of a hobby kit built drone carrying a flamethrower and roasting a turkey. Flamethrowers, it turns out, are weirdly legal in most states. Because he flew on private property, nothing Haughwout did was explicitly illegal. A pair of new bills before the Connecticut legislature aim to change that.

Raised Bill 148 is currently being considered by the Program Review & Investigations Committee, and is sponsored by committee co-chair Rep. Christie Carpino. The other bill, Raised Bill 5274, sits before the Public Safety Committee. If either pass into law, using a weapon attached to a drone will become a felony.