Thousands Of Connected Cars To Roll Out Across U.S.

Now, cars can yell at each other when traffic gets bad 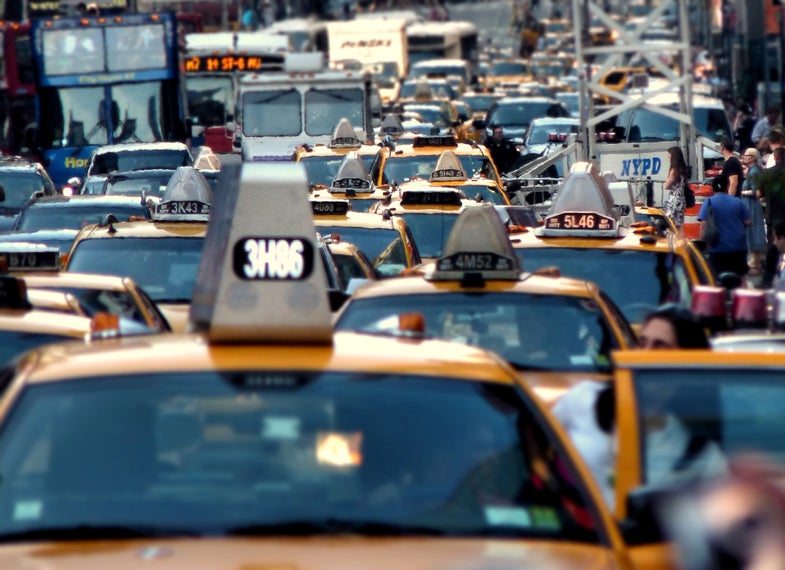 If these cars could talk, right? Well, soon they will. Yesterday, transportation secretary Anthony Foxx announced the U.S.’s largest vehicle-to-vehicle pilot program. The $42 million project will roll out in New York City, Tampa, and Wyoming to cut down on traffic problems, and crashes.

The vehicle-to-vehicle technology has been in development in Ann Arbor, Michigan, since 2012, and uses a network of sensors that communicate over the wireless spectrum. The sensors can be added to vehicles and nearby infrastructure like traffic lights and stop signs.

The sensor-enabled vehicles will lead to an “unprecedented” amount of anonymous data, which could help to build smarter cities in the future. And in the meantime apps using the data could alert drivers if there’s a vehicle in their blind spot or when cars are braking up ahead (similar to what Waze offers thanks to user input).

New York City will receive $20 million to outfit up to 10,000 vehicles including taxis, MTA buses, and UPS trucks that frequently travel through Midtown Manhattan, as well as infrastructure in a few other key areas and around Brooklyn.

In Tampa, the project will be used to study the city’s particularly bad rush hour congestion (as a Tampa Bay native, I can attest), and adding the tech to pedestrians’ smartphones could help further analyze the traffic issues.

Where city traffic congestion is less of a stressor, in Wyoming, the DOT will use the new tech to monitor trucking corridors.

In a statement, Foxx called it “a big step forward for the future of how we move in this country, from our rural communities to our biggest cities.”

[Department Of Transportation Via Gizmodo]