Without Congress blocking it, FCC vote likely to pass this week 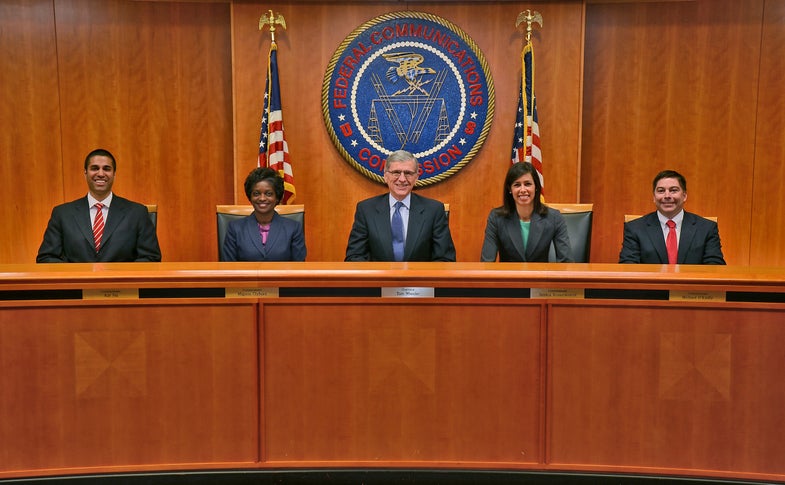 Net neutrality appears to be coming soon to a broadband pipe near you! Several months after President Obama first laid out his plan to keep the Internet playing field level and just weeks after FCC Chairman Tom Wheeler announced his intent to follow the White House’s lead, the path for new rules governing Internet providers appears to be clear.

According to the New York Times, Republicans such as Senate Commerce Committee chairman Senator John Thune of South Dakota had looked to block the rule change and instead find a legislative option, but Democrats had largely sided with the president and Chairman Wheeler’s plan, stymieing any hope of a bill. With no alternative in sight, those objections have now been dropped.

The proposed rule change would reclassify broadband Internet services under Title II of the Telecommunications Act, giving the FCC the authority to enforce rules preventing Internet providers from providing favorable treatment—such as faster speeds—to companies in exchange for money. In other words, Netflix or Hulu can’t pay to have their video delivered more quickly than a competing but smaller company. Perhaps more importantly, these rules also apply to mobile broadband, meaning that cell phone companies can’t decide to throttle or block data coming from certain services. The hope is to give all Internet companies, regardless of the size of their wallets, a fair shake at competing, and make sure that consumers have access to the content they want, without interference from providers.

But the politicking isn’t quite over yet. The official vote of the FCC is scheduled for Thursday, and though the vote is expected to pass, at least one of the agency’s commissioners has raised strident objections. Stay tuned.