Muscle in the Middle 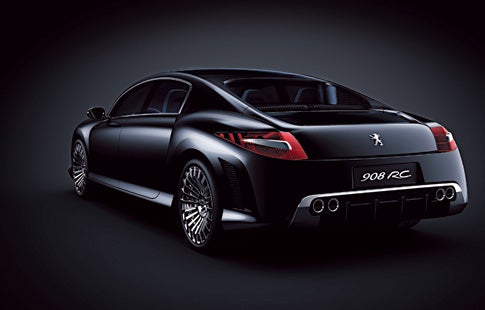 For a look at the hottest luxury dragsters available now, launch the photo gallery

It’s common for a sports car’s engine to sit between the passenger compartment and the rear weels; this “mid-engine” layout centers the car’s mass, making it nimbler. Traditionally, luxury cars were too slow to benefit from a mid-engine layout, but not Peugeot’s latest concept: a four-door luxury sedan with the same 700hop V-12 as the company’s next LeMans racecar, placed in the same spot. In addition to giving the sedan the road-holding ability of a racecar, there’s less noise, becuase you’re driving away from the engine’s growl. It’s also safer: The engine won’t end up in your lap in a crash. Speaking of that engine, it’s a turbocharged diesel. In racing, the better fuel economy of diesel means fewer pit stops, saving precious seconds. In the 908RC, it means 19.7 mpg-not bad for a 186mph screamer with four leather captain’s chairs inside.

Even better than a 200mph Bentley Continental is a convertible Continental. The 552hp W12 engine hits 60 mph in just 4.8 seconds. The only drawback: The drop-top model maxes out at a mere 195 mph. $190,000; bentleymotors.com 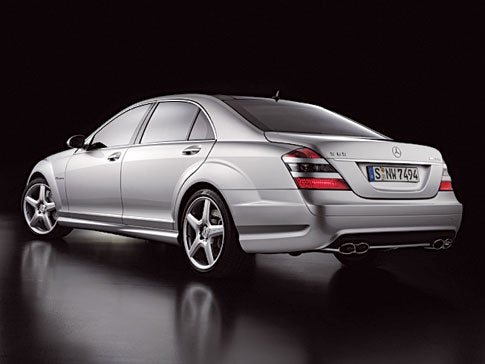 The most expensive Mercedes sedan ever, the twin-turbo, 12-cylinder, 604hp AMG S65 will rocket to 60 mph in 4.2 seconds while keeping passengers safe with a night-vision system and distance-maintaining cruise control. $182,275; mbusa.com 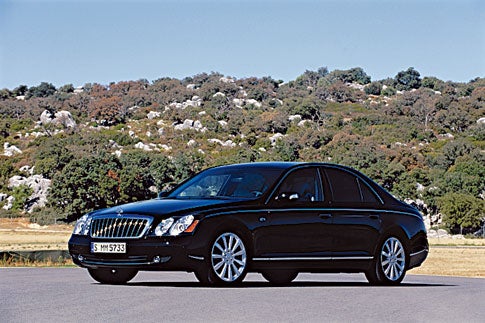 Take the keys back from the chauffeur-you´ll want to pilot this one yourself. A 604hp V12 engine pulls the 57S to 60 mph in 5.0 seconds. Use the built-in PA system to yell â€Beg pardon!â€ at the hoi polloi. ** $380,000; maybach-usa.com**
Cars
CONCEPT
fuel economy
muscles
peugeot