Commute To Work Via Passenger Drone 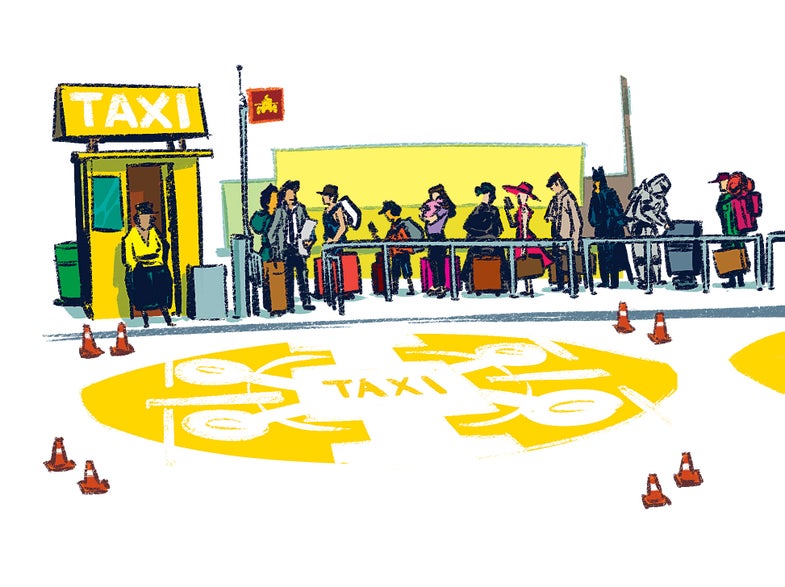 Traffic jams and overcrowded highways don’t fit with any utopian vision of the future. So Derrick Xiong, cofounder of China-based consumer and commercial drone company EHang, had an insight: “The only way out is the sky.” Xiong’s four-armed, single-passenger EHang 184 is the world’s first drone capable of transporting humans. It has many of the comforts of a commercial plane, such as air conditioning and lighting, but with the autonomy of a drone. Passengers use a Microsoft Surface tablet to regulate the amenities, while a command center remotely monitors flights and handles the logistics of air-traffic control.

While it isn’t meant to be a replacement for other methods of air travel, it is intended to relieve the stress on the U.S.’s increasingly problematic transportation infrastructure—a system that could cost as much as​ $3 billion to fix. The EHang’s ability to take off and land vertically, along with the minimal training required for riders, gives it advantages above cars and planes. With a release date that’s still uncertain and a price comparable to a small plane (upwards of $300,000), the EHang won’t be replacing the Prius anytime soon. But gridlock’s days may be numbered.