We Should Keep Modifying Organisms With ‘Gene Drive’, Report Says

It's too soon to release them into the wild, however... 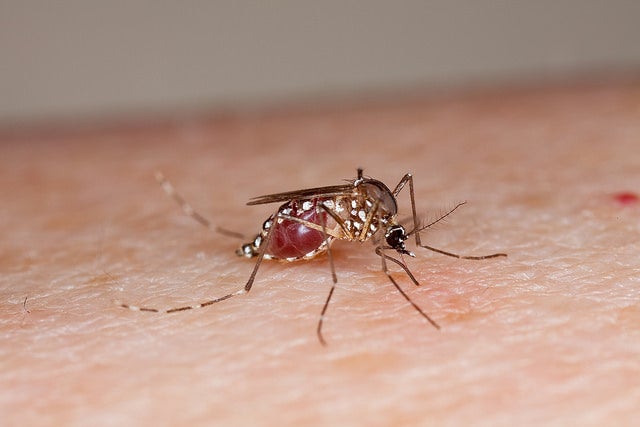 For a truly frightening costume, try dressing up as an Aedes aegypti mosquito, the insect that carries the Zika virus. Already a major concern in Central and South America, Zika reached the Unite States this summer. Nothing's more frightening than a burgeoning epidemic. U.S. Department of Agriculture
SHARE

Scientists have received a green light to continue studying a technology called “gene drive,” that could be used to change entire populations of animals or plants.

A panel of scientists and ethicists for the National Academies of Sciences, Engineering and Medicine endorsed gene drive today, saying scientists should keep using it in the laboratory. So far, it’s been used primarily to create modified versions of mosquitos and some flies, which are then studied in a contained area.

That’s conducive with the new report, whose authors also indicate that it’s too soon to release organisms altered by this technology into the wild, where they might spread farther than intended, or lead to other unwanted impacts on the surrounding ecosystem.

With gene drive, genetic modifications can be passed down to nearly all of an organism’s progeny instead of only half. Gene drives have been proposed as a way to fight the spread of Zika virus by wiping out its mosquito carriers (spreading a gene that influences maleness into the population could lead to a dwindling number of females, preventing the bugs from reproducing). The technology could also be used against agricultural pests or invasive species.