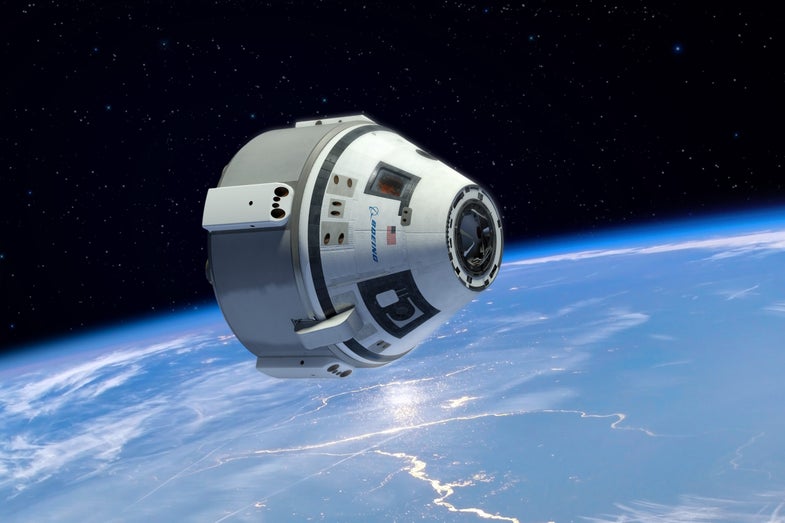 Boeing aims to send humans to the International Space Station in their 'Starliner' in 2017. Boeing
SHARE

For the first time ever, NASA has drawn up a contract with a private company to bring humans into space. In late 2017, the space agency plans to send Boeing’s spacecraft on a crew rotation mission, which means bringing fresh astronauts to the International Space Station and bringing home the old ones. SpaceX can expect a similar contract later this year.

The new order doesn’t necessarily mean that Boeing will be the first company to bring humans to the ISS. It’s more like when you need to order a ton of pizza for a party–you have to call a few hours in advance. The order, announced yesterday, means that Boeing needs to have its CST-100 crew capsule ready by 2017.

The company has its work cut out for it. While its competitor SpaceX is already delivering cargo to the ISS and safety testing its crew capsule, the CST-100 is practically still on the drawing boards. A NASA press release notes that the gumdrop-shaped vehicle recently completed its delta integrated critical design review, which means Boeing can now proceed to building and testing the thing.

Still, Boeing has the benefit of being in the good ol’ boys club. After all, the company did lead the design and construction the ISS.

Both the SpaceX and Boeing vehicles will still need to go through rigorous certification before astronauts will be let on board.

Up until now, only NASA and Russia’s space agency have shuttled astronauts to and from the ISS. Since NASA retired from human spaceflight in 2011, we’ve been relying solely on the Russians to support the ISS. With a little luck and a lot of funding, private spaceflight could have astronauts embarking from U.S. launchpads again by 2017.