Prediction For 2015: Probes Solve The Mystery Of Dwarf Planets

What will we find when we reach Pluto and Ceres? We don't know, but it’s going to be wild. 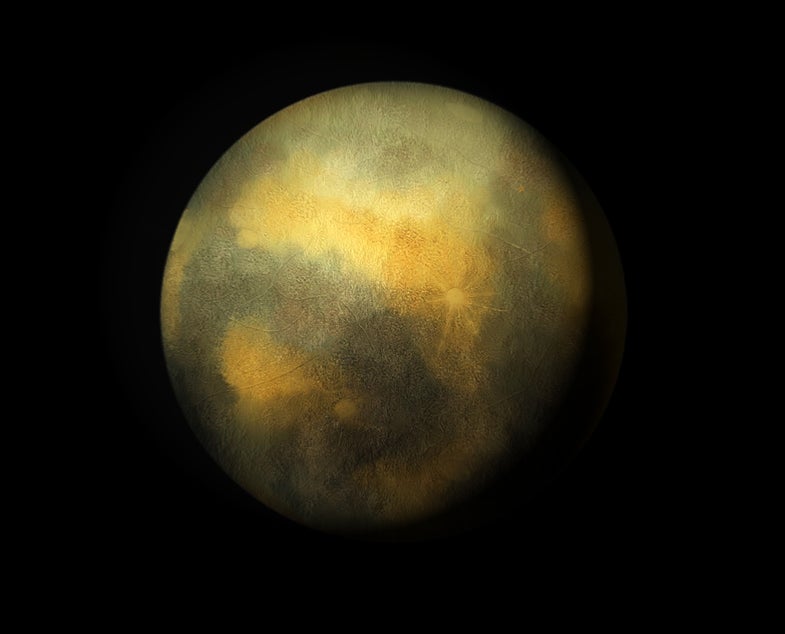 For the first time, humans are about to explore two new planets in the same year—and not just new planets but new kinds of planets. Pluto and Ceres are dwarf planets, meaning they are big and round (like Earth) and share orbits with other objects (unlike Earth). Studies suggest these in-betweeners are key to understanding the formation and evolution of the solar system.

In March, NASA’s Dawn spacecraft will begin orbiting Ceres, an anomaly within the asteroid belt. The planet measures about 590 miles across and weighs a third of all other asteroids in the belt combined. It appears to be a survivor from 4.6 billion years ago, the violent period when the solar system formed. Studies hint that Ceres has clay minerals and frost on the surface, along with a thin atmosphere and perhaps an underground ocean.

Greater revelations await the New Horizons probe when it flies past Pluto in July. At about 1,440 miles wide, Pluto is the largest known member of the Kuiper Belt, an enormous zone of frozen bodies that extends far beyond Neptune. Over the years, we’ve learned a few basic details: Pluto has five known moons, and one is more than half its size. It rotates sideways and experiences extreme weather: In summer, the surface ice evaporates into an atmosphere, which then freezes back onto the ground each winter. Wild temperature swings may also trigger icy eruptions.

But mostly, we don’t know what to expect. As New Horizons sails into the Kuiper Belt, it ventures into unexplored territory. In the words of mission scientist Alan Stern, “Nothing quite like this has happened in decades.”

Dawn and New Horizons will be the first missions to unvisited planets in nearly three decades, and the first to dwarf planets—Ceres and Pluto respectively—ever. When New Horizons launched in January 2006, Pluto was still a planet. It was demoted at a meeting of the International Astronomical Union in August of that year.
ceres
Dawn Mission
January 2015
Pluto
Space