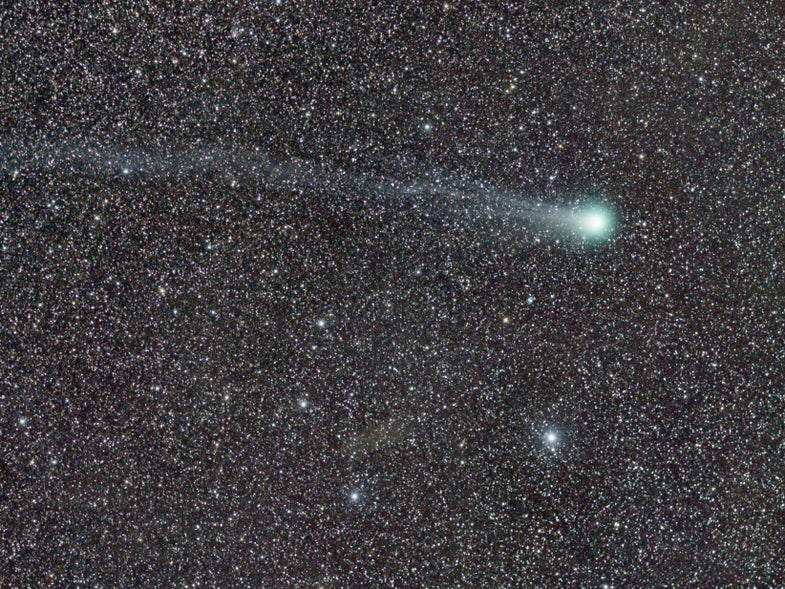 Billions of years ago, comets might have brought the essential ingredients for life to Earth. And what could possibly be more essential than ethyl alcohol? Our favorite ingredient in wine, beer, and liquor has been found on the aptly named comet Lovejoy. It’s the first time we’ve detected this boozy molecule on a comet, and the finding adds to the evidence that comets could have seeded Earth with the complex building blocks of life.

“We found that comet Lovejoy was releasing as much alcohol as in at least 500 bottles of wine every second during its peak activity,” said Nicolas Biver, lead author of a paper on the discovery, said in a press release.

But alcohol is not all they found. Comet Lovejoy is a veritable cocktail of organic molecules. The team detected 20 other substances on the comet, including the simple sugar glycolaldehyde, which may play an important molecule in building DNA nucleotides and the amino acids that make up proteins.

The team actually measured these molecules back in January, when the comet passed its closest point to the Sun. At the time, the Sun’s energy excited comet Lovejoy’s molecules, causing them to release microwave frequencies. Different molecules vibrate and release energy in different wavelengths, depending on which atoms are present and how they’re bonded together. The scientists used those microwave signatures to determine which molecules were present.

The findings were published on Friday in Science Advances.