HTC Unveils One A9, The Best-Looking Android Phone Yet

Don't confuse it for the iPhone 6S; it's different in a few major ways 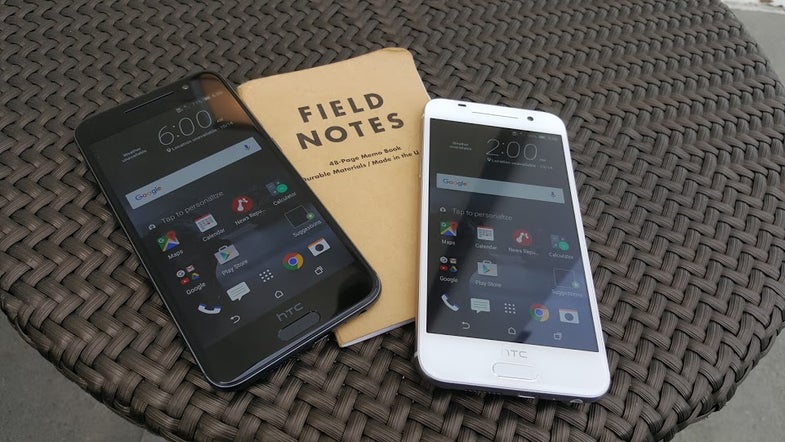 That’s not an iPhone you’re looking at—it’s the newest Android phone from HTC, the One A9. The new phone is packed with powerful hardware including a fingerprint scanner and NFC technology that enables Android Pay. But perhaps the most exciting thing about the new smartphone is that it’s one of the first to be powered by Google’s newest operating system, Android 6.0 Marshmallow.

Up until now, the only phones using Android 6.0 Marshmallow were the Nexus 5x and Nexus 6p. Both phones were built in collaboration with Google, and they run a “pure” version of Android that has no bloatware or custom applications. The One A9 runs on a slightly modified version of Android called Sense that comes with a custom camera app, messaging app, and other software built by HTC. Thankfully, HTC has made it easier than ever before to customize and even remove some of its pre-installed software.

As for the design, there are a few subtle differences that set the One A9 apart from all other phones on the market (which have slowly become more uniform). Engineers at HTC opted to make the device as symmetrical as possible, meaning that both the front and back are completely flat, not rounded like many other smartphones. When you hold the device in your hand, it still feels comfortable and premium.

In addition to its flat design on either side, the rear-facing camera is centered in the middle of the phone’s back. The camera aligns exactly with the logo featured on the back as well. The design team at HTC emphasized how difficult it was to center the camera on the phone rather than placing it off to the side as Apple does. Whether it actually performs better is still yet to be determined.

In the short amount of time that we were able to spend with the One A9 in a demo setting, it performed about as well as you’d expect from a high-end smartphone. The screen looked great even in the sunlight, and the camera appeared to be comparable to others on the market. Of course, it’s still a little too early to say exactly how it stacks up against other phones during long-term performance. But, the One A9 was certainly impressive upon first glance, and it’s safe to say that we’re eager to test this phone as an everyday device.

The HTC One A9 is availble for purchase starting today. It’s starting at a promotional price of $399.99 and is currently available in Opal Silver and Carbon Gray. Deep Garnet and Topaz Gold will be made available in mid-November.

Storage expansion: microSD up to 2000 GB