Clone of Air Force Shows Off Its Next Bomber

First picture of the forthcoming B-21 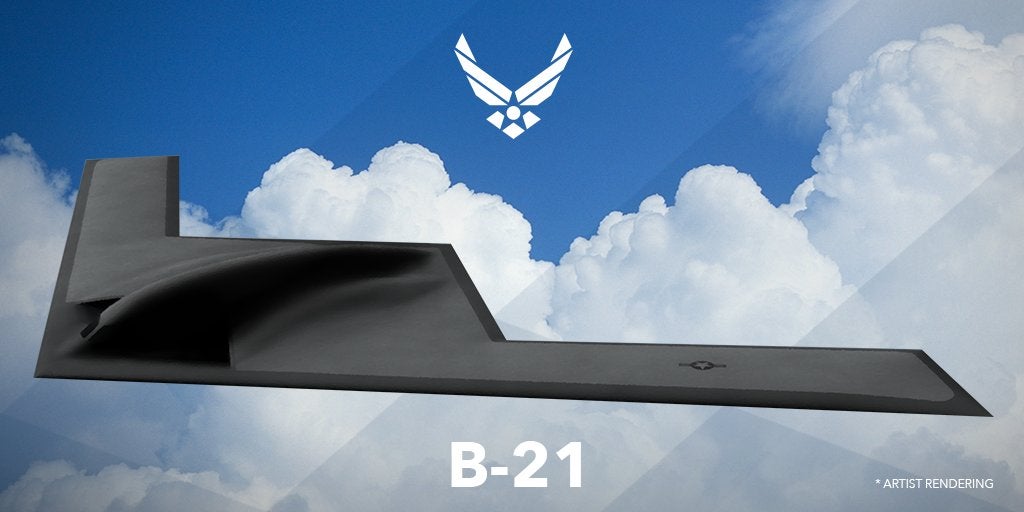 After years of intense speculation, the Air Force finally revealed a first image of its long-awaited new bomber, and gave it an official name. Formerly known as the Long Range Strike Bomber, or LRS-B, the new, Northrop Grumman designed plane is now the B-21. If that sounds at all familiar, it’s because America’s last brand-new shiny Northrop Grumman designed bomber was the B-2 Spirit.

With the shroud lifted off the new bomber, we can see that the B-21 looks…almost exactly like its predecessor.

The B-2 Spirit was a victim of its time: a highly advanced bomber that entered service right as the Cold War ended. As American security concerns switched from fears of Russian attack to worries about the side effects of Russian economic implosion, a top-of-the-line stealth bomber became the easiest fat to cut off the Pentagon’s budget. After just 21 planes were delivered, the program ended, leaving America with a super-fancy flying machine to show off at parades.

In October, the Air Force announced the award of the contract to Northrop Grumman. The B-21 will pick up where the B-2 left off, making it the iPhone 5S of bombers (if Apple only came out with a new iPhone every 25 years). According to the USAF press desk, “designation B-21 recognizes the LRS-B as the first bomber of the 21st century,” and is not a reference to the just 21 B-2s that were made. It will supplement the tiny B-2 fleet, and replace the ancient B-52s still used by the Air Force today, as well as the older B-1 bombers. We’ve speculated a lot on the kind of tech the bomber will have.

The biggest question is whether or not the B-21 will be unmanned. Strategic bombers are, after all, built so they can carry nuclear weapons if need be, as well as other, less-apocalyptic payloads. In late 2014, Popular Science spoke with a senior defense official at the Pentagon involved in the program, who insisted that, when carrying a nuclear weapon, the bomber will have a human crew on board. The B-21’s Ace Combat 2-style concept art seems to confirm that, with windows visible on the plane. This matches the ad Northrop Grumman aired during the Super Bowl this year, which put cockpits for human pilots on their future fighters.

That same ad teased the B-21 too, with a crowd awaiting its unveiling at the end, and a Northrop Grumman factory building a previously unseen bomber at the very start, which it transitioned into a normal B-2 takeoff. Watch that glimpse below.